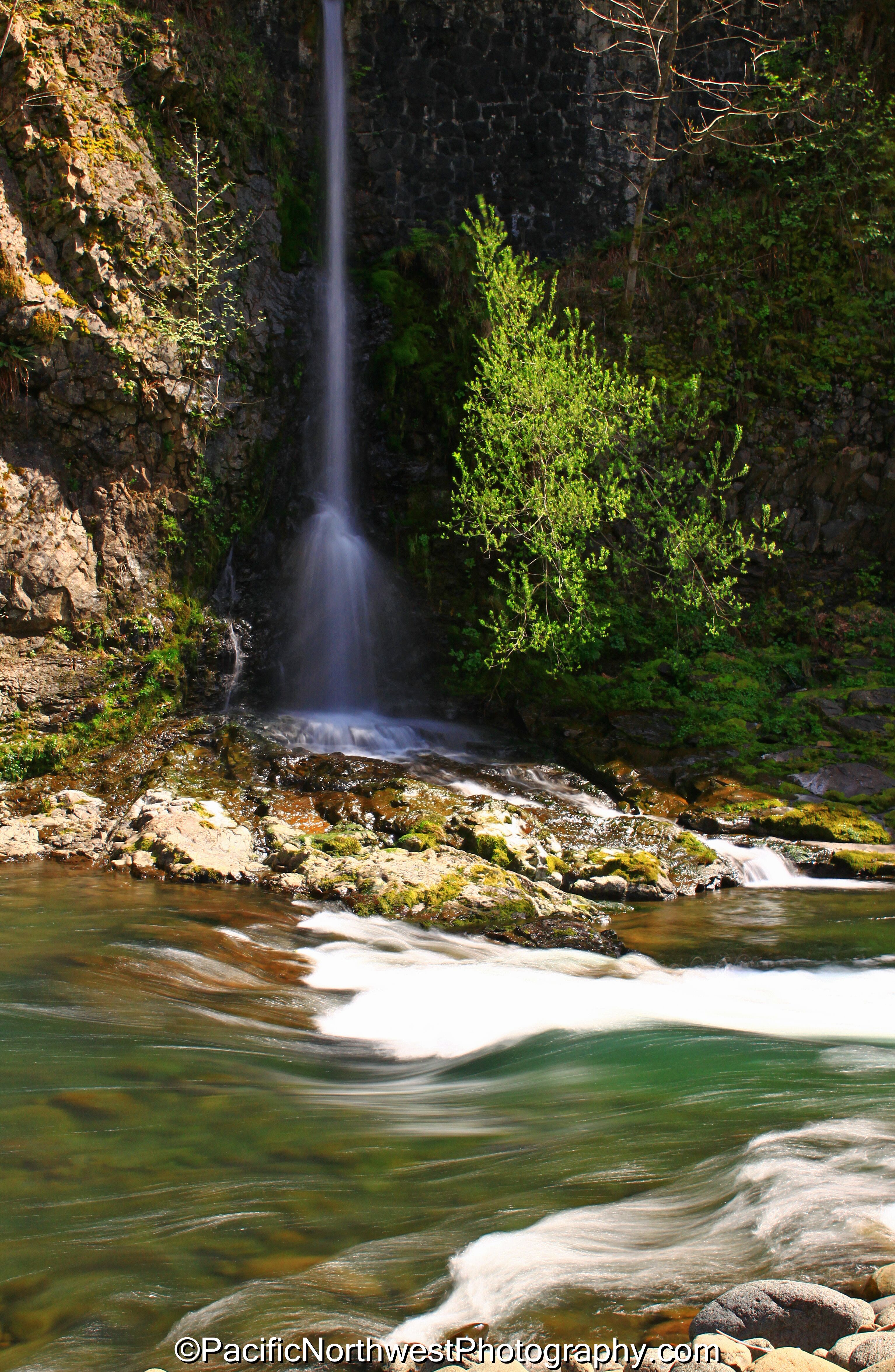 [/caption] As you can see there was plenty of sunshine when I took this picture. This was taken on the same day that I climbed Kings Mountain earlier in the morning. The weather was much different later in the afternoon. In fact, the sun was so bright that I really had to work to get some pictures along the Wilson River with the waterfall in the background. Both the river and the waterfall were almost directly in the sun so I decided to try something a little different by using the direct sunlight to my advantage. I either had to find something to stand behind whenever I found a good vantage point or I would stand some place when the sun was temporarily blocked by one of the massive trees high in the hills. The Wilson river flows right along Highway 6 towards the coast. There are several great places to take some pictures. There are also plenty of hiking trails to take so you can have hundreds of opportunities to get some pictures of the river and the forest in the background. I chose this spot since this waterfall was crashing towards the river just above the waterline. The Highway is just above the top of the waterfall. You can see the stones just to the right. The waterfall is also coming out of a large aluminum pipe so I made sure that it wasn’t in the picture. There is also a really nice waterfall on the other side of the Highway with a trail going to its base. You just need to cross the Highway and walk about 200 yards. If you park at the day use area you can walk on a trail that parallels the Highway and then cross a suspension bridge that takes you directly to the waterfall and a popular swimming hole during the summer. However, the river is really raging in April and the rapids looked like class 3 to me. To get this shot I set my shutter to only .5 seconds since the sun was so bright. The F stop was at F/9 and the ISO was at 100. I used my 18-55mm lens and set it at 37mm focal length. I also had my warming filter, ND8 and my CIR-PL attached. There was no way to use the shutter without stacking as many filters as I could. I almost added my ND4 as well but that was too many. I also used my tripod.