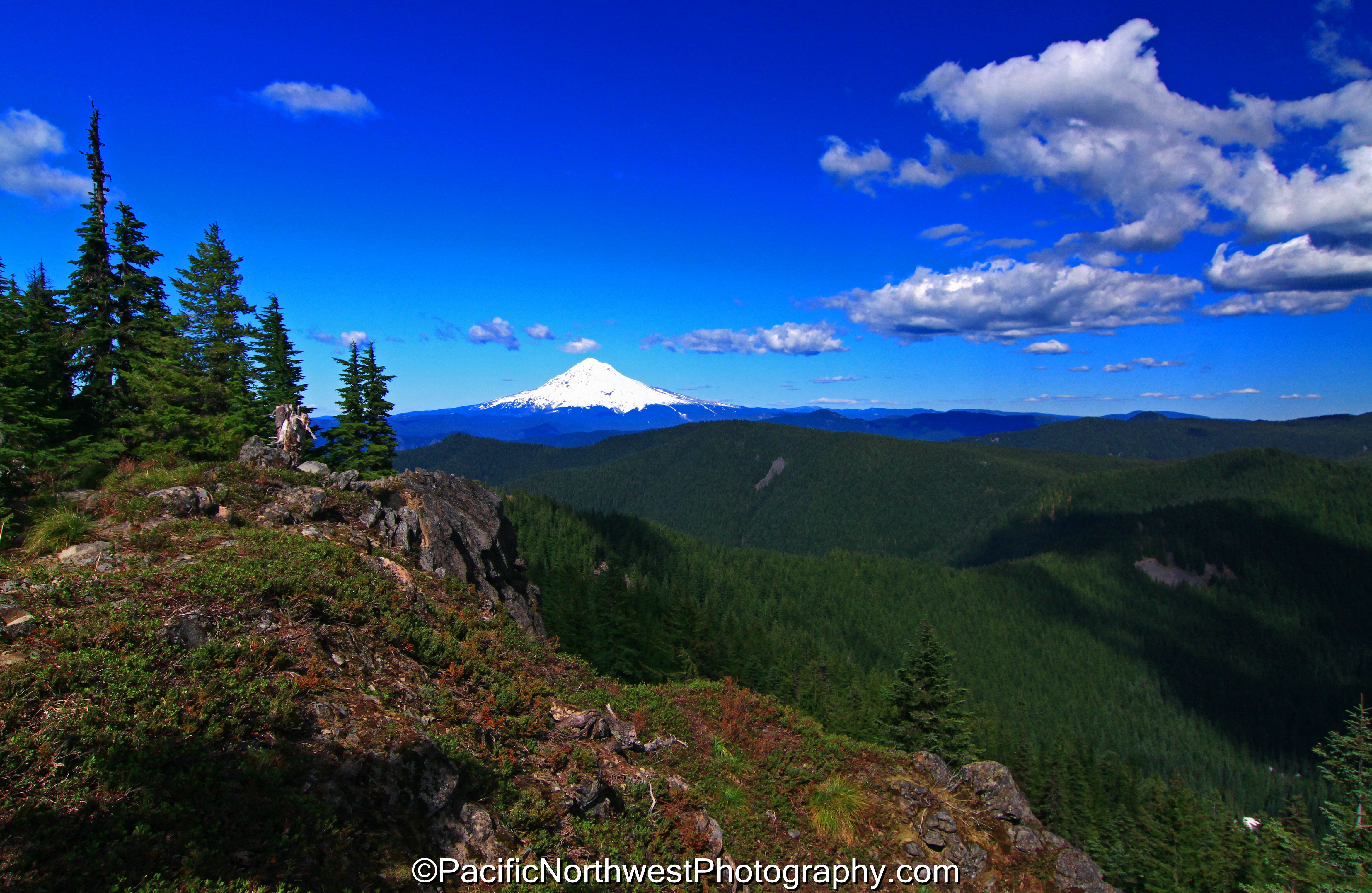 [/caption] This is one of my favorite spots to cast a view of 5 of the Cascade Volcanoes. You can see Mt. St. Helen’s, Rainier, Adams, Hood and Mt. Jefferson from the crest of this old Fire lookout site. You can also see the tops of Mt. Washington, North and Middle Sister’s. You can see just how spectacular the forest surrounding the Cascades is as well as the intense greenery and solitude that it provides. It’s hard to believe that the forest service was paid to look out from this spot several years ago. The only thing remaining are the concrete steps and a small plaque. During July and August, several summer flowers grow along the crags and cliff’s surrounding the Western Cascades. This trail is only about an hour drive from Portland but you would never think that it’s that close to civilization. Since the forest road is so remote and the trail is somewhat poorly marked, I have never seen anyone on this trail. This is surely a place to have some peace and quiet. I hiked the trail over the weekend in order to take advantage of the beautiful weather in the Pacific Northwest. I was a little nervous about the sun glare so I started the hike in the later part of the morning, which put me on the top of the summit by about 4:00. The trail to the ridge is only about 4 miles round trip but there are several other trails that zigzag through the Cascades and also to some of the nicest meadows and natural spring lakes. I also ran into several feet of snow along the trail, which really slowed me down. I haven’t seen that much snow during the middle of June since 2007. I was forced to scramble through the snow when the trail was impassable as well as rummage through the thickets. I ended up with some descent scrapes but it was well worth it. I took this shot from near the concrete steps in order to get the crags and fir trees in the foreground and give it more personality. I was using my wide angle lens and had the focal length at 15mm. I had the camera mode set at auto exposure and the ISO at 100. Since I was facing away from the sun, I had to keep the white balance at 0 and the F-stop at 8. I was using my tripod to stabilize the camera since there was just a slight breeze. This is one of those hikes that you could do several times a year without ever getting bored.