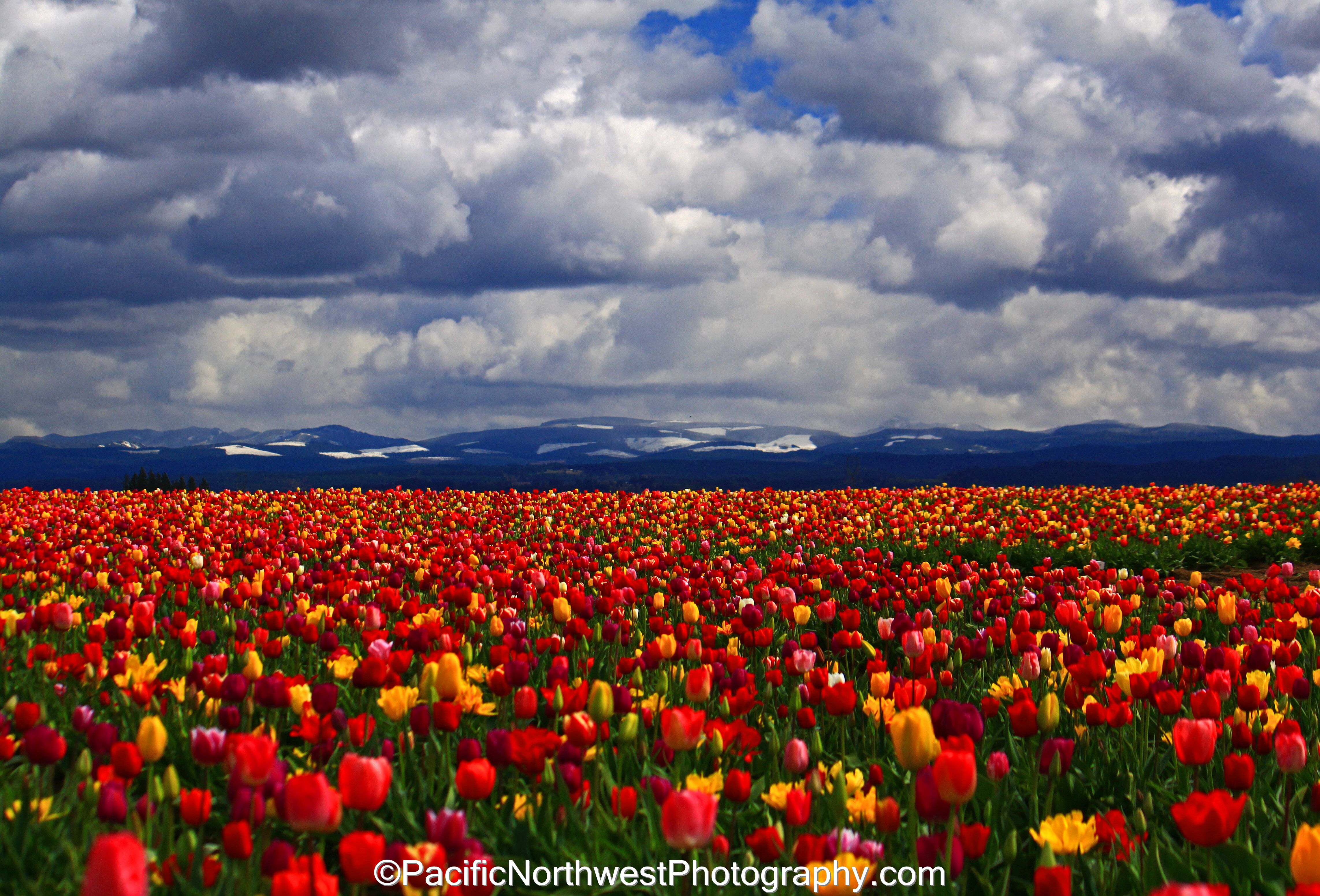 [/caption] I decided to post this picture on my blog in order to show just how great the day was. This has tulips, snow in the mountains and incredible clouds. This isn’t my best or favorite that I took but I really wanted to show off just how incredible the scenery was. I may not have taken the best photos of a tulip farm but I’m sure there aren’t very many photographers that have a combination of the three in their portfolio….Except for the other photographers that were here the same day as me, of course. The entire day was spectacular. On this shot I had set my camera to normal exposure. The F stop was set at 7.1 since the clouds were changing constantly. Sometimes the clouds would obscure the sun but then it would suddenly appear and drown out the color of the tulip filed. The focal length was at 55mm. I used my warming filter and CIR-POL on each of my lenses. I used my 55-250mm telephoto lens throughout most of the day. the ISO was set at 100. I made very little changes while using photoshop. Mostly I just darkened the clouds when needed and occasionally cropped a little, in order to take out some of the people. I was able to use all of my lenses pretty regularly all day while photographing….18-55mm, 55-250mm, 50mm macro/prime lens and my 18-24mm wide angle lens. I would highly recommend a trip to the festival if your in the area. A lot of the tulips weren’t even out yet so I’m sure that the rest of April will be even more spectacular. It’s also a great place to bring the kids and there is plenty of food. I plan on returning as much as possible this Spring.