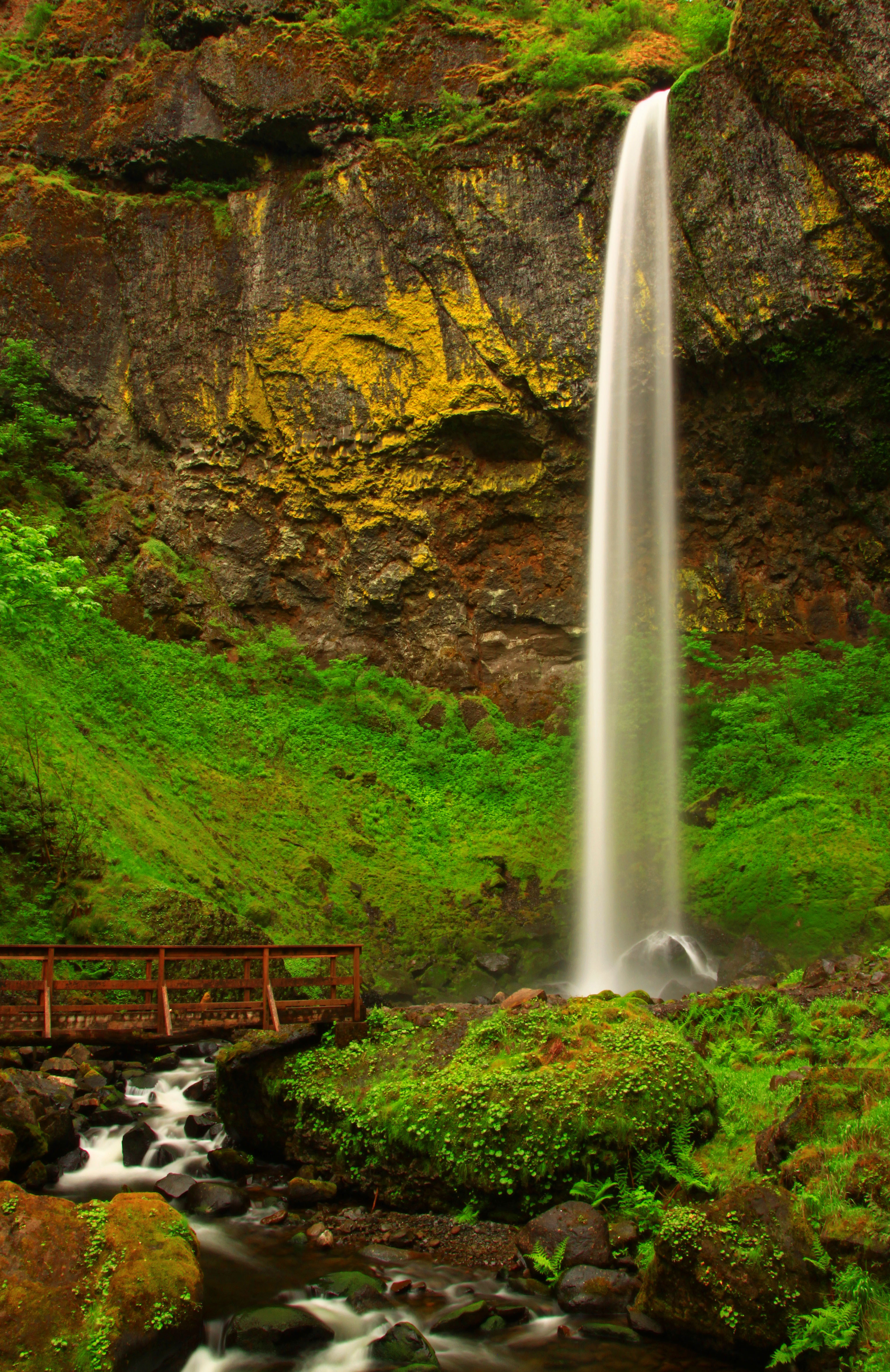 Spring is officially here and it will only be a few more weeks until the gorge will be ready for some serious photography hunting. I only say that because the gorge usually doesn’t become completely prepared for a photography hike until all of the foliage has come out of its dormancy and begins to clog the landscape with a sea of green. Early May or even as late as mid June is the best time to take advantage of the intense green landscape but it really depends on the weather. If we are lucky enough to get a more mild spring, then the gorge is more likely to see it’s foliage come out early. However, if we get a colder and wetter spring, then the foliage won’t come out until late May or mid June. However, you can always expect to still have a great waterfall and creek in your shot no matter what the weather is like. The water levels will still be high and you can expect some pretty thunderous waterfalls cascading through the basalt cliffs as they carve their way through the lower elevations. The photo that I posted is of Elowah Falls and it’s pretty easy to get to. It’s also a very popular waterfall since it’s only a short hike and it’s pretty awesome to look at. You can expect to get a little wet while crossing over the bridge and you can even take a swim in the fresh water pool that is directly under the waterfall. Since the trail can get pretty busy you may want to visit during the weekday, if you want to get some shots of the waterfall without having dozens of people in the foreground. You will also want to plan on drying your lens fairly often since the water spray is pretty intense and if you don’t you will end up with a bunch of photos with nothing but water droplets on your shots. I would also recommend that you bring along your tripod, bubble level and a remote switch. You would also be doing yourself a favor if you attach some ND filters. I normally set the shutter speed between 3 and 5 seconds and since the light can get pretty high, you don’t want to end up with any overexposure. A tripod will also allow you to ensure that they don’t come out blurry and uneven. Using a tripod along very uneven and a tricky landscape is a lot of work but you don’t really have a choice. Try doing this with a dog with you as well and this will really test your patients. Not only does the trail that leads to Elowah falls offer great shots of the waterfall but there are great opportunities to photograph the old growth forest, wildflowers, wildlife, creeks, moss, lichen and dozens of other photo opportunities.