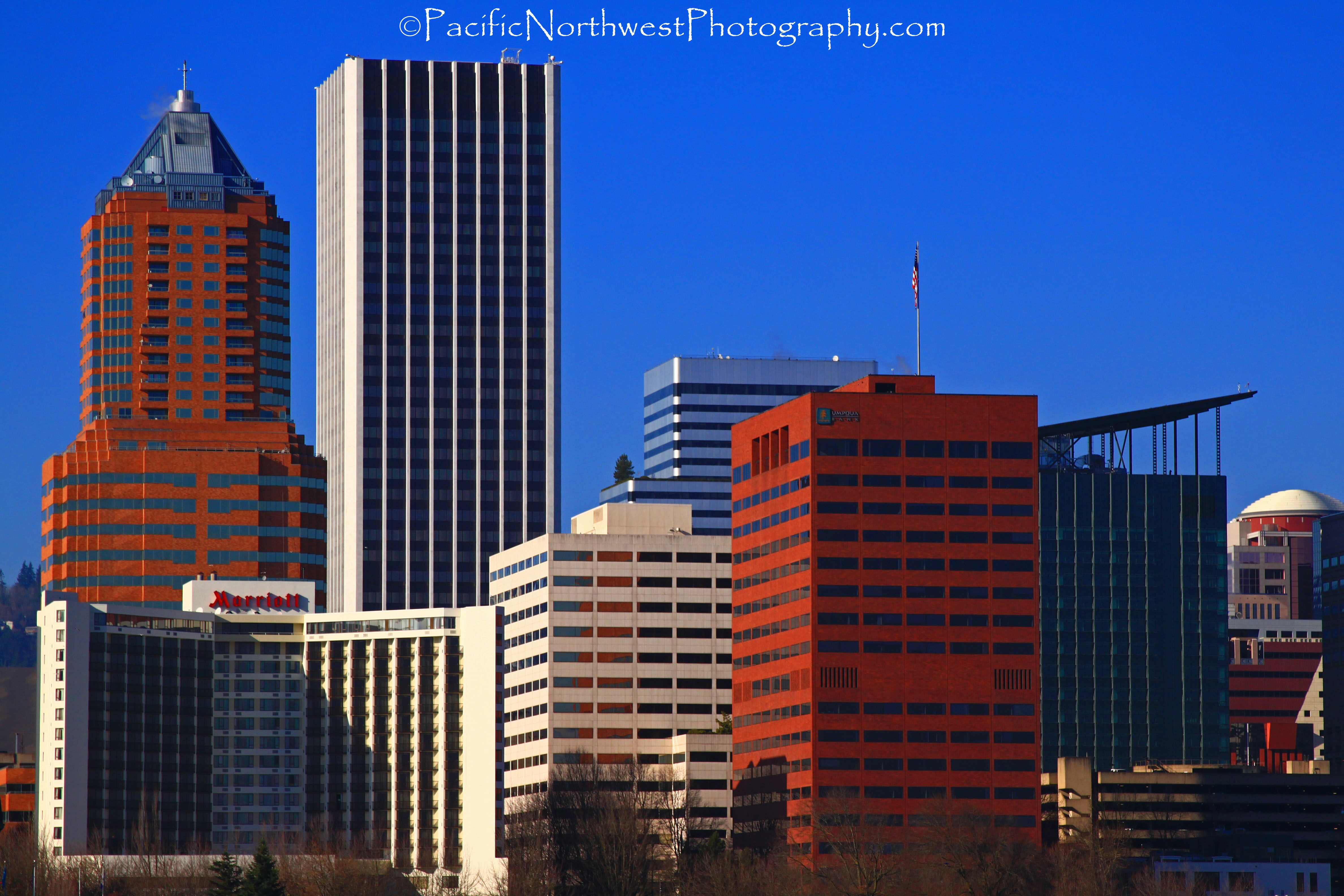 Portland, Oregon isn’t considered one of the biggest metropolitan cities in the United Sates, so it can make it very difficult to photograph the city in a way that allows someone to see Portland as a large metropolitan city. Most photographers can utilize their talent and trickery to make something look bigger or even more stupendous that it really is. Hotels are a good example since they will hire a photographer to take photos of their property outside and only take photos that will give potential visitors the perception that it’s located in an ideal location or that their property is more stellar that it really is. Unfortunately, once they arrive at the property, they are surprised that the hotel is less than desirable. However, you can’t blame the photographer since they only took photos that didn’t include any of the undesirable buildings or other obstructions that make the hotel less than desirable. This brings me to the fact that photographing an entire city can be very frustrating and difficult. Portland, Oregon is no exception since it is mostly regarding as a very large town with some tall buildings dotting the cities landscape. Actually, it is a pretty descent sized city but it’s high rises are located in several different parts of the metropolitan area. If you have looked at any of my other photos that I’ve posted on my blog, you have noticed that I’ve chosen several different locations to photograph the city. This causes you to only see a very small part of the buildings due to the fact that the city is very spread out. However, I did want to post the photo on this article to show how you can only include a cluster of building in order to give the impression that Portland is much bigger than it really is. I chose a day when there weren’t any clouds and the skies were perfectly blue. I also made sure that there weren’t too many shadows being cast from the buildings. This allows one to see only the cluster of buildings, rather than dark shadows hiding the subjects. Unfortunately, I wasn’t able to eliminate the bare trees in the foreground of the city scape. I was hoping to crop them out but then I would have had to also crop out parts of the buildings. Too get this shot, I made sure to attach my telephoto lens and zoomed in enough to capture the buildings on both sides and made sure that there wasn’t any bare or open spots on either side. Again, this gives the allusion that the buildings are never ending. 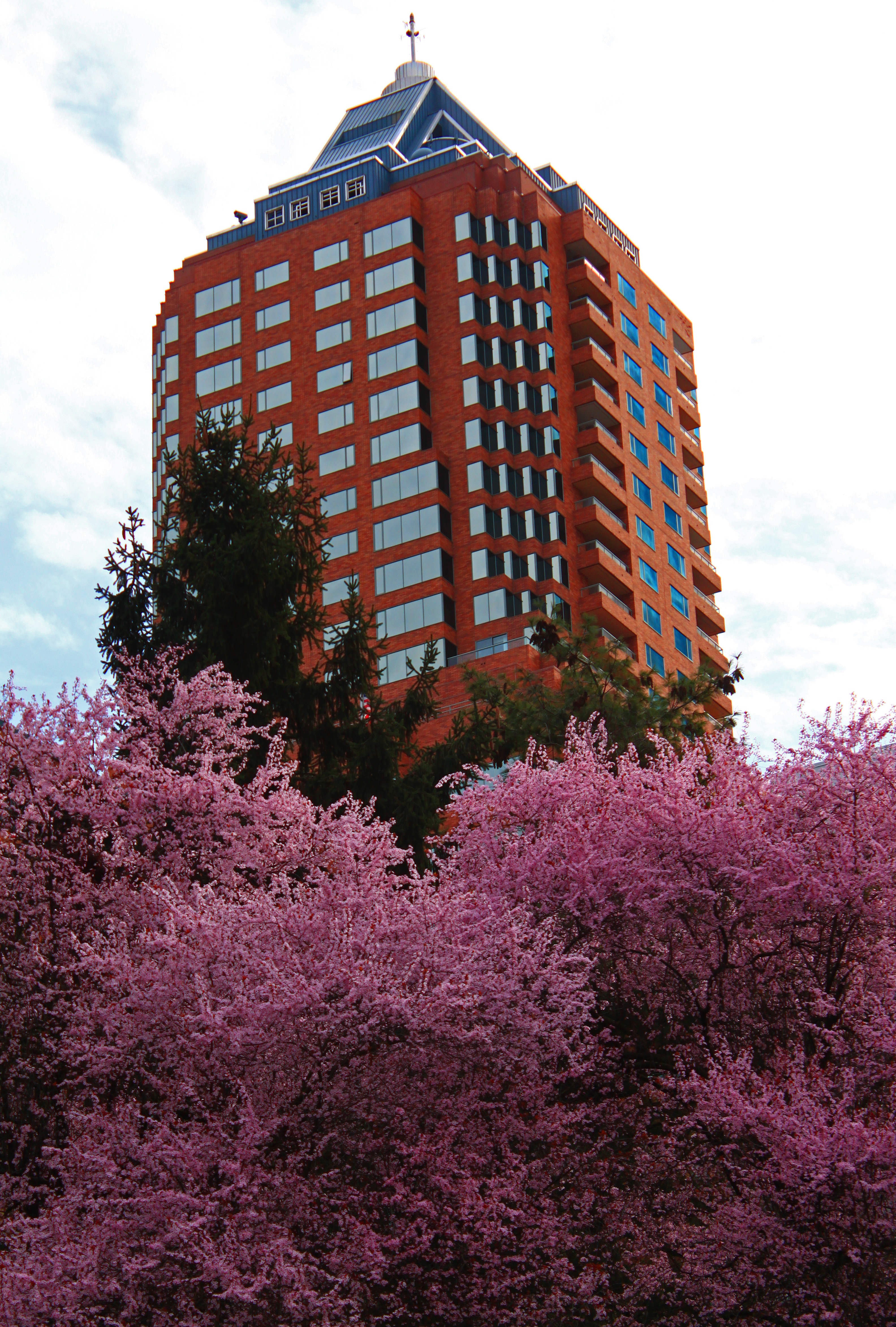