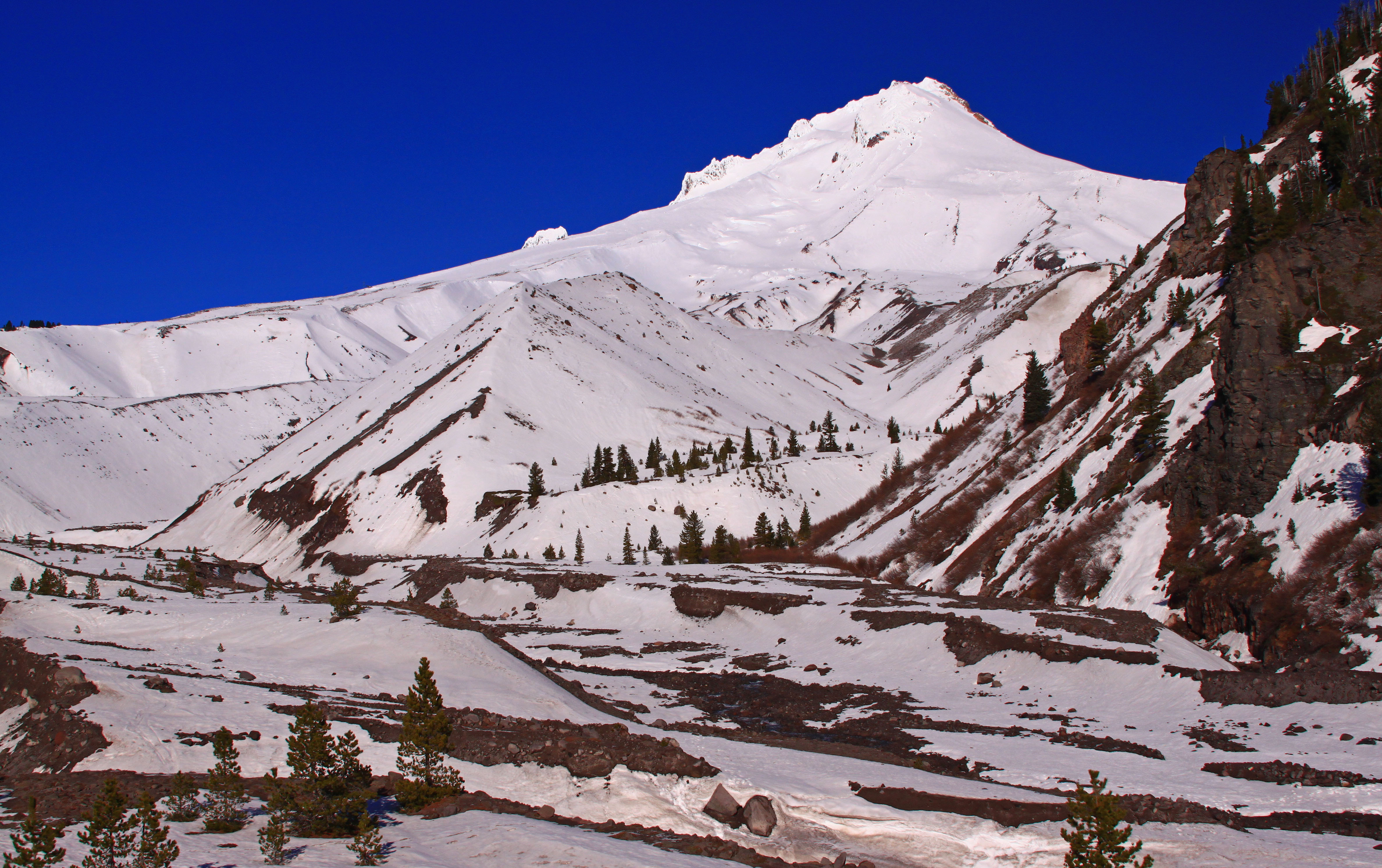 This is what a sparse looking Mt. Hood looks like during the month of January. This photo was taken from about 5,000 feet and the date of the photo was January 13th, 2015. If you have ever visited Mt. Hood or anywhere else along the Cascade mountain range, during January, you would expect to see about 10 feet of snow blanketing the surrounding area. However, with the current climate collapse, you are looking at a very bare bones view of what the Cascade range currently looks like. I never thought that I would be experiencing a winter that was worse than last year. This winter is so bad that last years winter looked twice as good. That’s taking it pretty far since last year I thought that it was the worst on record. If we don’t start getting some snow the ski resorts will be lucky to avoid bankruptcy and our alpine glaciers will soon be a thing of the past. I also really hate to think that this summer may be more dangerous than last year. Normally, the photo that you see in this post would look like a photo from May, not January. I still want to think that it’s not all doom and gloom but I’m seriously getting nervous about the impact of another horrible snow pack. It’s hard to imagine that I could have hiked to nearly 9,000 feet without even needing my snowshoes. I ended up stopping at about the 7,000 mark and I was surprised to find even more loose gravel and dirt blanketing the higher elevations. I could see and hear several rocks cascading down the steep slopes that otherwise would be mostly snow covered until late April. It’s hard to imagine that the exposed rocks and soil nearly doubles the rate of erosion.