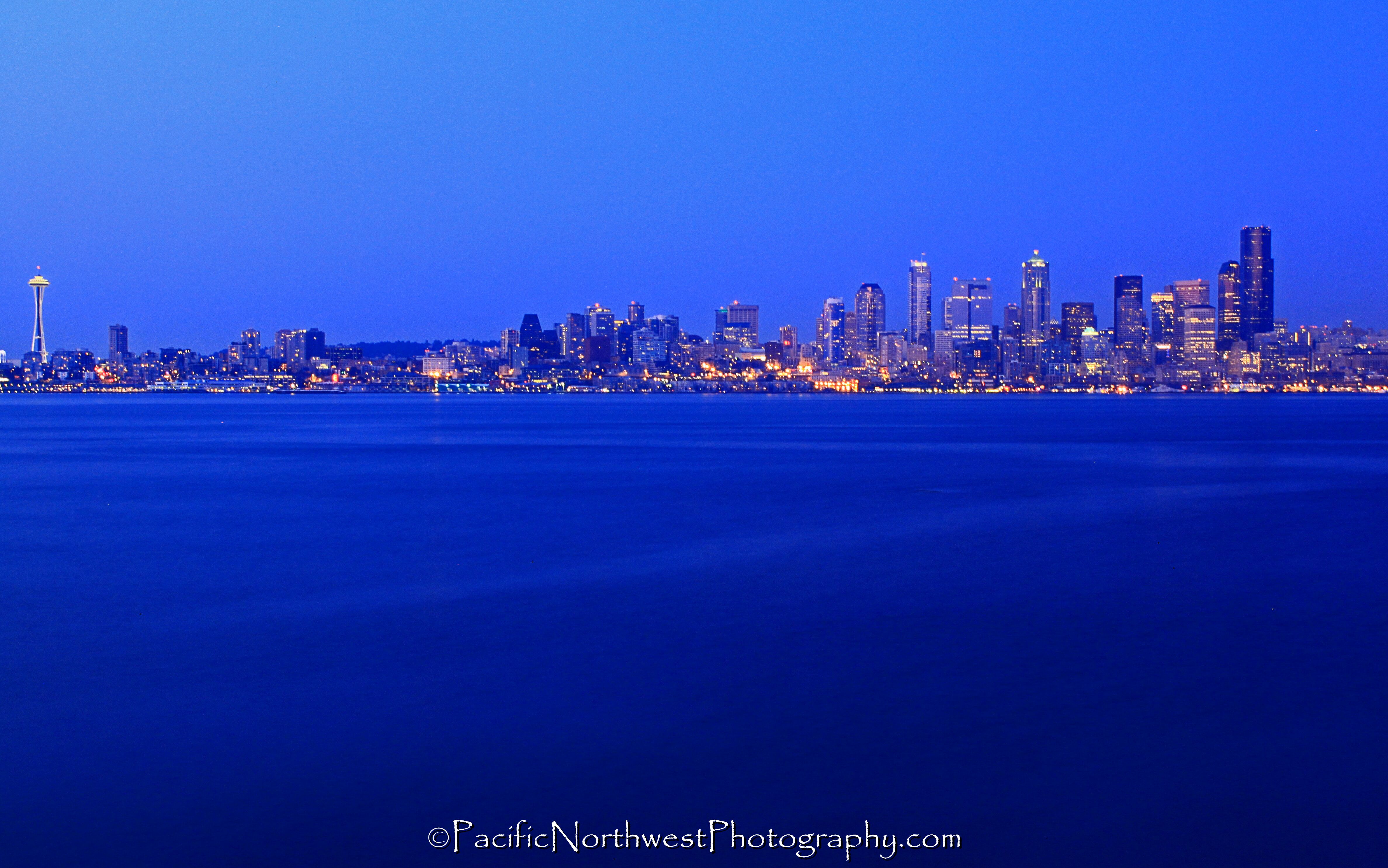 [/caption] I finally had the opportunity to visit Seattle and take some photos of the city. Just before my trip I read that Travel+Leisure 2009 had rated the top 100 cities in the world with the most scenic skylines. Seattle was rated #10 in their magazine. I was surprised to see them get such a high ranking. After all, their #10 ranking was for the world, not just for the United States. I figured that I really needed to take some good shots in order to really show the beauty of the Seattle skyline. I did my homework and found several areas throughout the city that were known for the best city views. I went to every scenic viewpoint that I could find and made sure to return for the best sunset shots. I drove to almost every neighborhood in the city so I could really take in the personality within the city limits. West Seattle is where I took this photo on the blog page. I first arrived to this spot in the afternoon and I knew that this would be the best place for sunset and twilight shots. West Seattle is the best place to get an entire panoramic photo that really shows just how massive and beautiful the skyline is. You can also watch all of the boats enter Elliot Bay. I was fortunate to find great vantage points from the north, east, south and west sides of the city. It would take several weeks to really capture all of the photography areas within Seattle. To get this shot, I removed my CIR-PL and my warming filter since the sun had already set and the color of the scene was calm. I set my camera to Program mode. The F stop was at 10 and I had the ISO setting at 200. The White Balance was at 0 since the color was almost perfect. I was using the shutter priority and I had it set at 20 seconds in order to maximize the glow of the lights. Since the bay is so busy it can be hard to use a long exposure without have a moving boat in the photo. This is especially true if you don’t want to show the movement of the boats in the foreground of your shot. I plan on returning again as soon as possible so I can continue to get some great photos of the city.