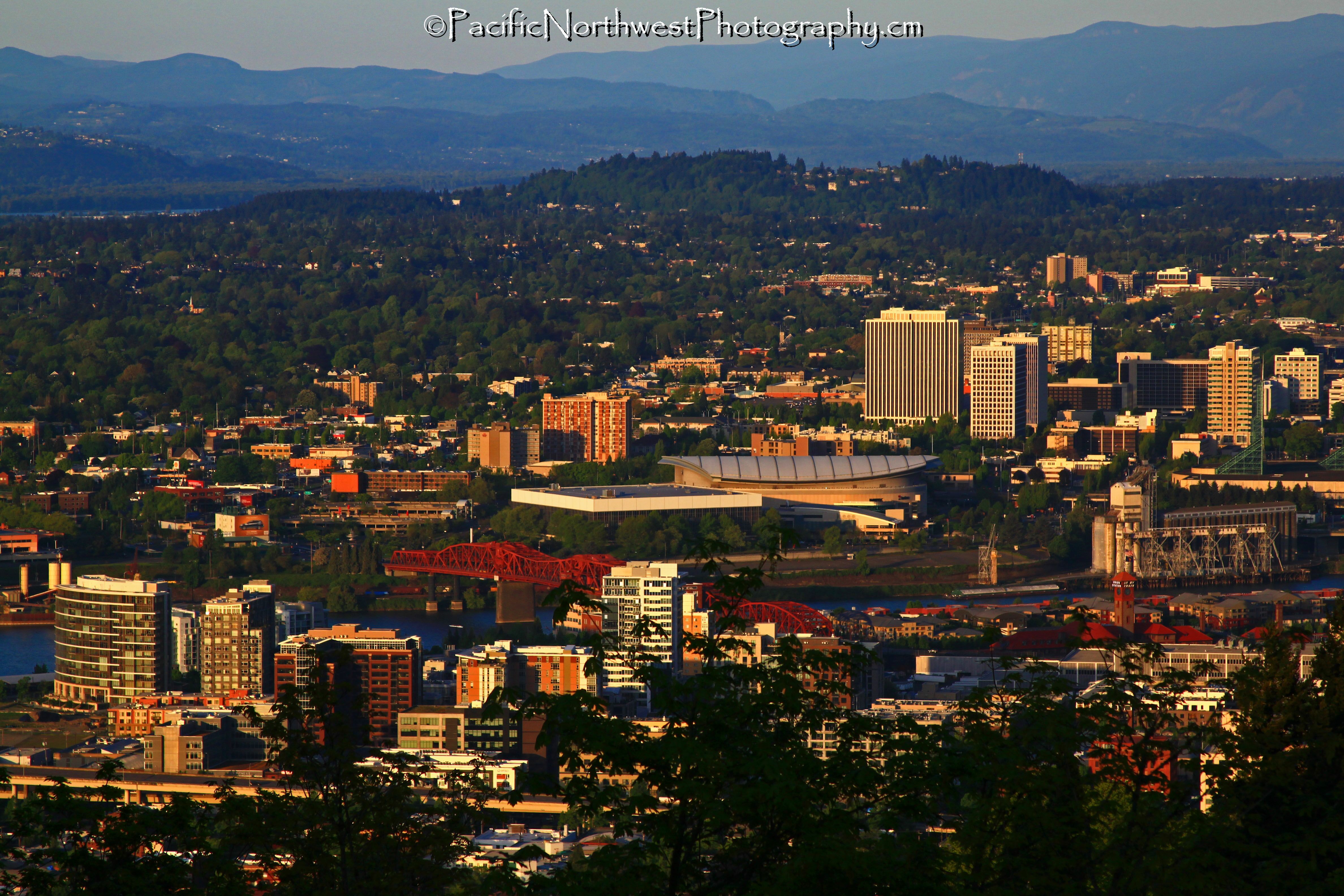 What’s going on in Portland’s Lloyd district and parts of the Pearl District as of today! Currently a massive construction project got under way and as I drove by the construction zone I noticed a crater about 30 feet deep and an area about the size of 5 football fields being torn up. They are in the process of building a 21 story apartment high rise as well as 3 additional 5 story buildings which will include parks and walking areas. This is probably the Lloyd areas largest and most extensive building project in it’s history. This is especially true since it’s primary reason is for residential housing. If you look at the photo, the tower will be located just behind the green glass spire that’s part of the convention center. Another major construction project that is supposed to start soon is the Portland convention center hotel that will be between the convention center and just east of the I-5 freeway. If you look at the photo, it would be almost right in the middle of where you see the Moda center and the convention center. This high rise is expected to be at least 22 stories and have 600 rooms. It’s also expected to attract several smaller construction develops around the hotel. For anybody interested in what’s going on in the Pearl District, they are almost finished with a 6 story hotel that they have been working on and it’s located along the train tracks and across the street from the Encore building. There is also a lot of buzz about two different towers that they are planning to build near the Encore. One is slated to be around 26 stories and the other around 24 stories. I’m not holding my breath on these but if they do build them, it will really change the entire face of the Pearl District. This is especially true since there are several residential building currently under construction on the north end of the neighborhood.