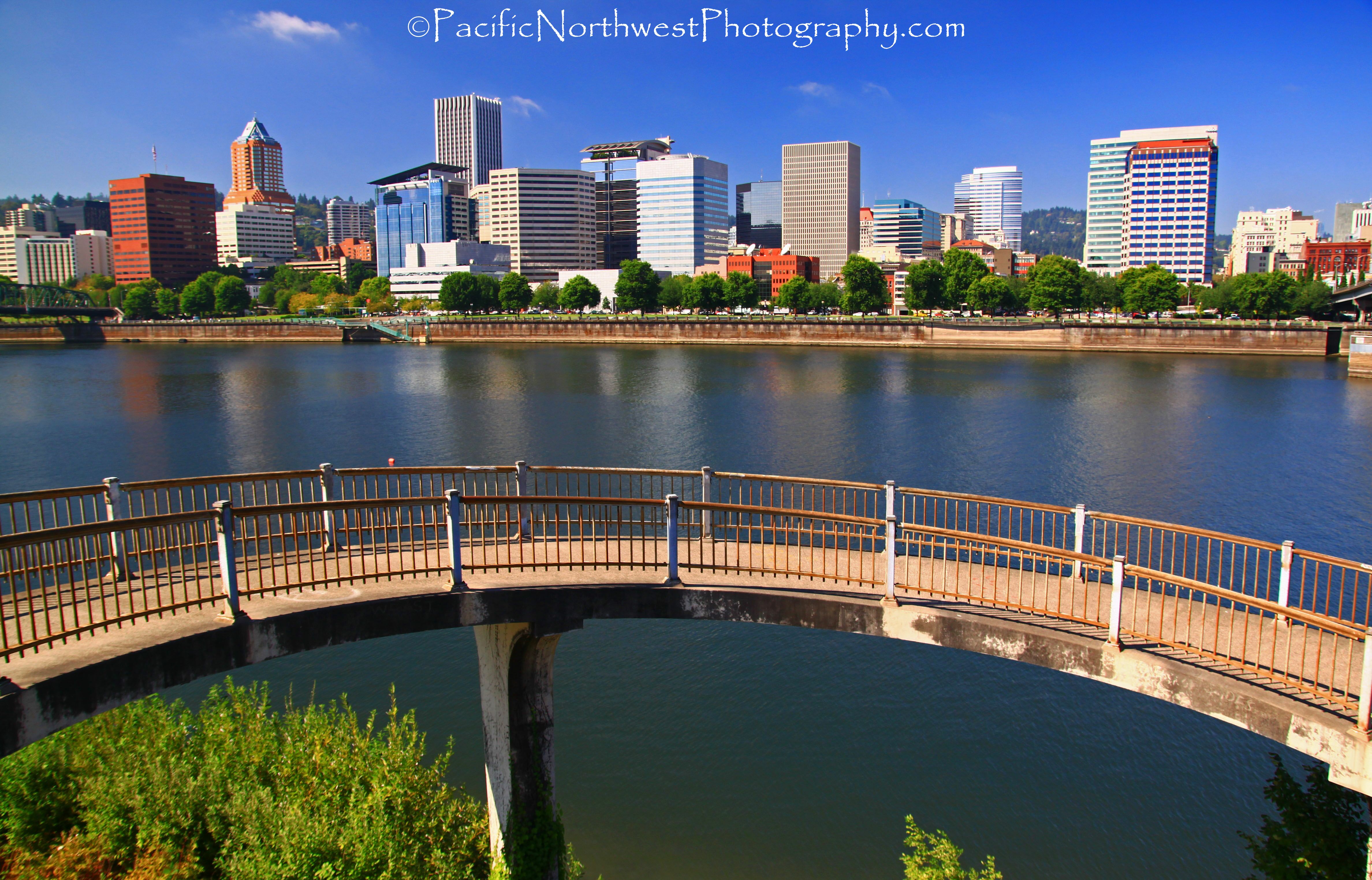 Here is another photo of downtown Portland, Oregon, taken from the East Esplanade. As you can see, it provides a completely different perspective of the city skyline, which includes a great view of the Willamette river and the walk way that leads to one of the many bridges. However, what you can’t see is the majority of the city skyline as for reasons mentioned on my last blog posting. This photo shows the Burnside bridge in the far left and the Morrison Bridge on the far right. However, you also can’t see any of the other 6 bridges that span over the river. Normally the river is pretty busy, on a nice day during summer, but I was able to get this shot with parts of the buildings reflecting off the still water. The trees are also a great photographic element in both the background and foreground. If you’re interested in taking advantage of some of the great spots along the East Esplanade I would highly recommend that you bring along a bike so you can complete the many miles of bike/walking trails in much less time. I normally ride the entire length of the East Esplanade and then ride over the steel bridge and then ride all the way to the South Waterfront. I then backtrack to the Hawthorne bridge and make the trek back over the river and sometimes repeat. If you decide to ride a bike, I would highly recommend that you leave your tripod in the car and be sure to bring along your wide angle lens.