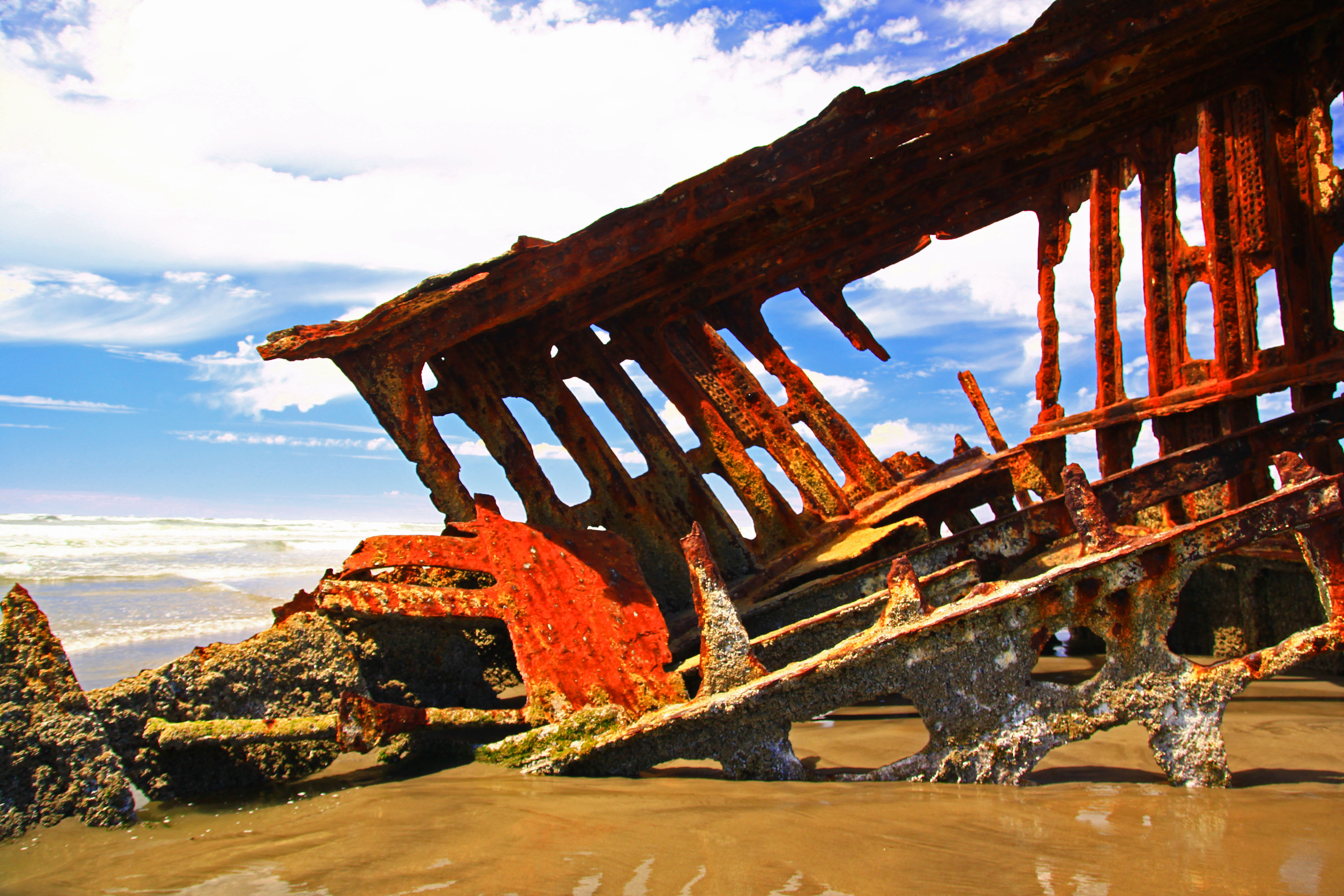 Boaters beware! The mouth of the Columbia River Bar is as beautiful as it is treacherous. The Peter Iredale met it’s match in 1906 and is one of the 2,000 ships that have been eaten by the mouth of the Columbia River since 1792. Sea goers have named this place the Graveyard of the Pacific and there isn’t a single shipping captain or deckhand that would challenge that assumption. People may ask what makes it so treacherous and one only needs to witness the diabolical challenges that it possesses. Unlike other major rivers, the current is focused “like a fire hose” without the benefit of a river delta. Conditions can change from calm to life-threatening in as little as five minutes due to changes of direction of wind and ocean swell. Since 1792, approximately 2,000 large ships have sunk in and around the Columbia Bar and because of the danger and the numerous shipwrecks the mouth of the Columbia River acquired a reputation worldwide as the Graveyard of the Pacific. In fact, Commercial vessels can’t even cross over the bar without having a pilot climb aboard your vessel and steer it in for them. Now that’s what you call a river that demands your attention and respect. Another amazing fact about the Columbia River is that it has the greatest flow of any North American river draining into the Pacific and Its drainage basin is roughly the size of France and extends into seven U.S. states and a Canadian province. Even with better built boats and better technology available to keeping boaters more safe, there are still several boating accidents each year at the mouth of the Columbia River. Most people would be surprised that the Peter Iredale didn’t wreck along the Oregon coast during a huge storm that was ravaging and causing massive waves and thunderous rain but nothing more than just a change of the wind, a strong current and a lot of bad luck. The Peter Iredale was no match for the mighty Columbia River bar and there was nothing left for the crew to do but wait for a very hard landfall along the Oregon Coast. There isn’t much left of the old ship but it’s worth a visit if you’re visiting Fort Stevens State Park.