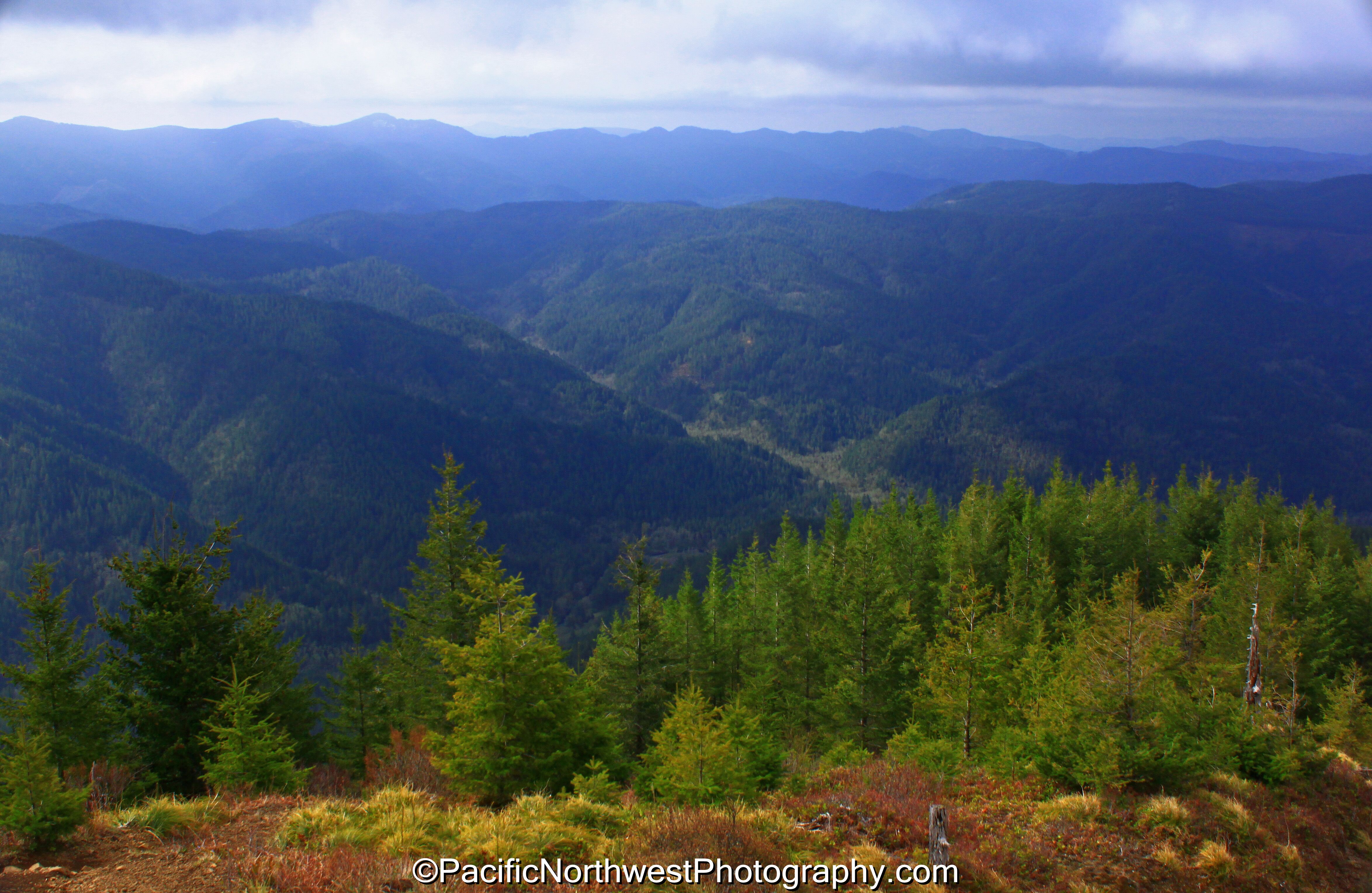 [/caption] Friday was a great day to hike to the summit of Kings Mountain. However, the weather during the afternoon was much better than the morning. And I chose to hike to the 3226′ summit during the morning. It was cold, windy, rainy and very overcast for most of my hike. I was able to get this shot at a time when the sun was barely poking out for just a few minutes but for the most part it was pretty nasty. There was still some snow hovering around the higher elevations and it was a little slippery near the cliffs at the edges of the summit. This is the second time that I’ve hiked to the summit of Kings Mountain and it’s not for the fainted heart. It’s a grueling 2.5 mile hike straight up towards the summit with 2780 feet of elevation gain. This is probably one of the best vantage spots to gaze out towards the Coast Range with views in all directions. Some of the spring flowers were starting to come out but it was still a little bit early with very few wildflowers along the upper ridges. To get this shot I made sure that I was using my tripod since the wind was pretty bad. I used my 18-55mm lens and the focal length was set at 24mm. The F stop was set at 8 since it was pretty gray with limited light. I set the ISO to 200 and I used my warming filter as well as my CIR-PL. This is a great hike so I will be heading up again as soon as the weather improves and the wildflowers are at their peak. The Wilson River is also just below the trail with several other trails and picnic areas nearby. There are also several small to medium sized waterfalls close by.