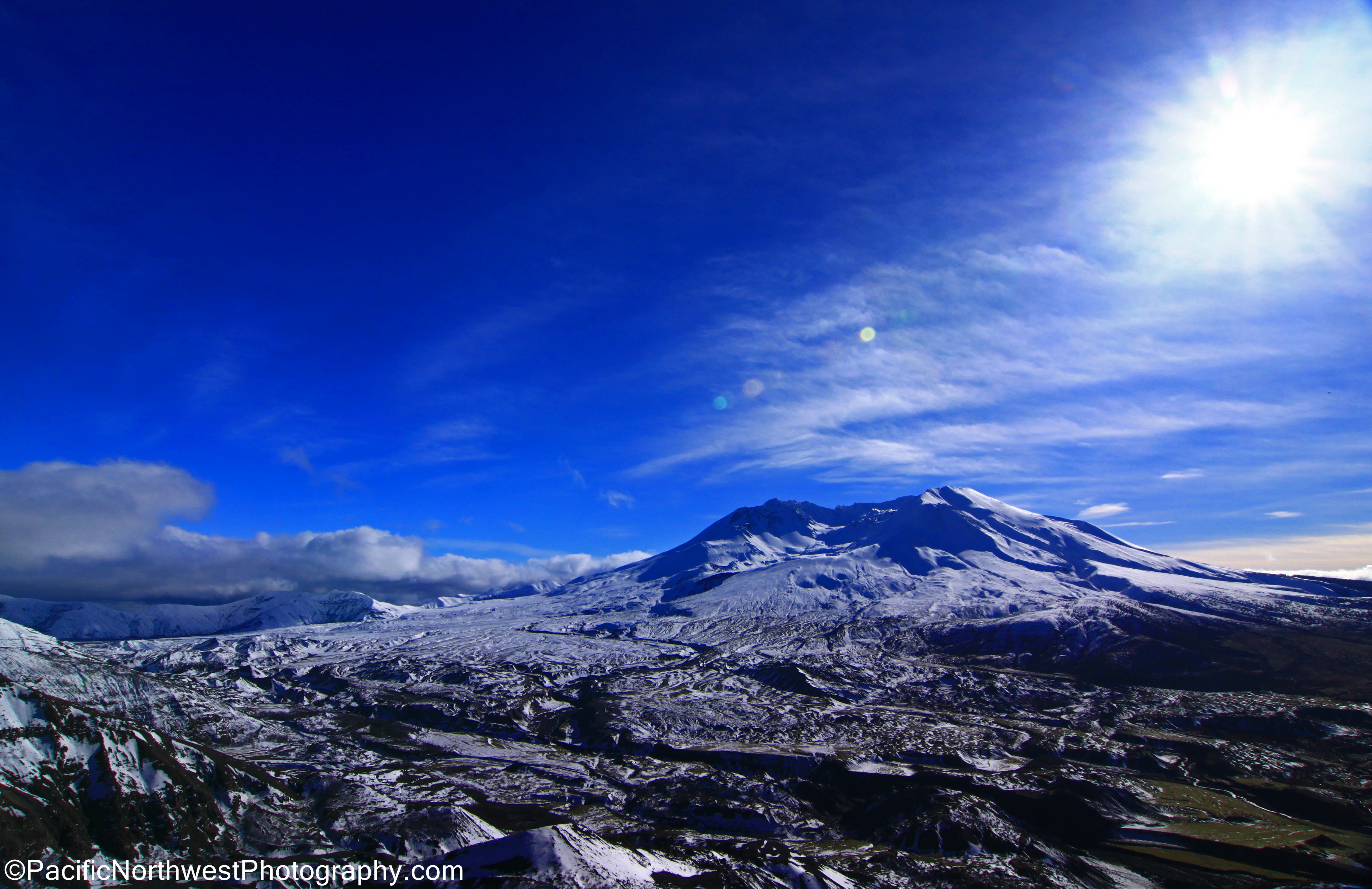 [/caption] I finally made a trip to Mt. St. Helens while the sun was out. When I left Portland, the entire Valley was covered in heavy fog, which made me nervous about the conditions of the Cascades. However, once I drove past the first view point, the sun started showing itself. Mt. Adams and the rest of the Cascade foothills kept the storm clouds at bay. However, Mt. St. Helens was engulfed by the sun. This gave me the opportunity to hike from Coldwater lake to the Johnston Ridge Observatory view point. I hiked along the Hummocks loop and then connected to the Johnston Ridge loop . I brought my snow-shoes thinking that there would be plenty of snow but the trail was almost entirely bare. I only had to scale about 1/4 of a mile through the snow. Most of the Johnston Ridge was void of snow. However, the view from across the blast zone was awesome. It felt more like early spring than winter. The snow level was high but at least it made my hiking trip easier. Mt. Adams rarely made itself visible. I was able to capture several sunset shots and the moon also made an entrance. I’ll be going back as soon as the snow re-appears.