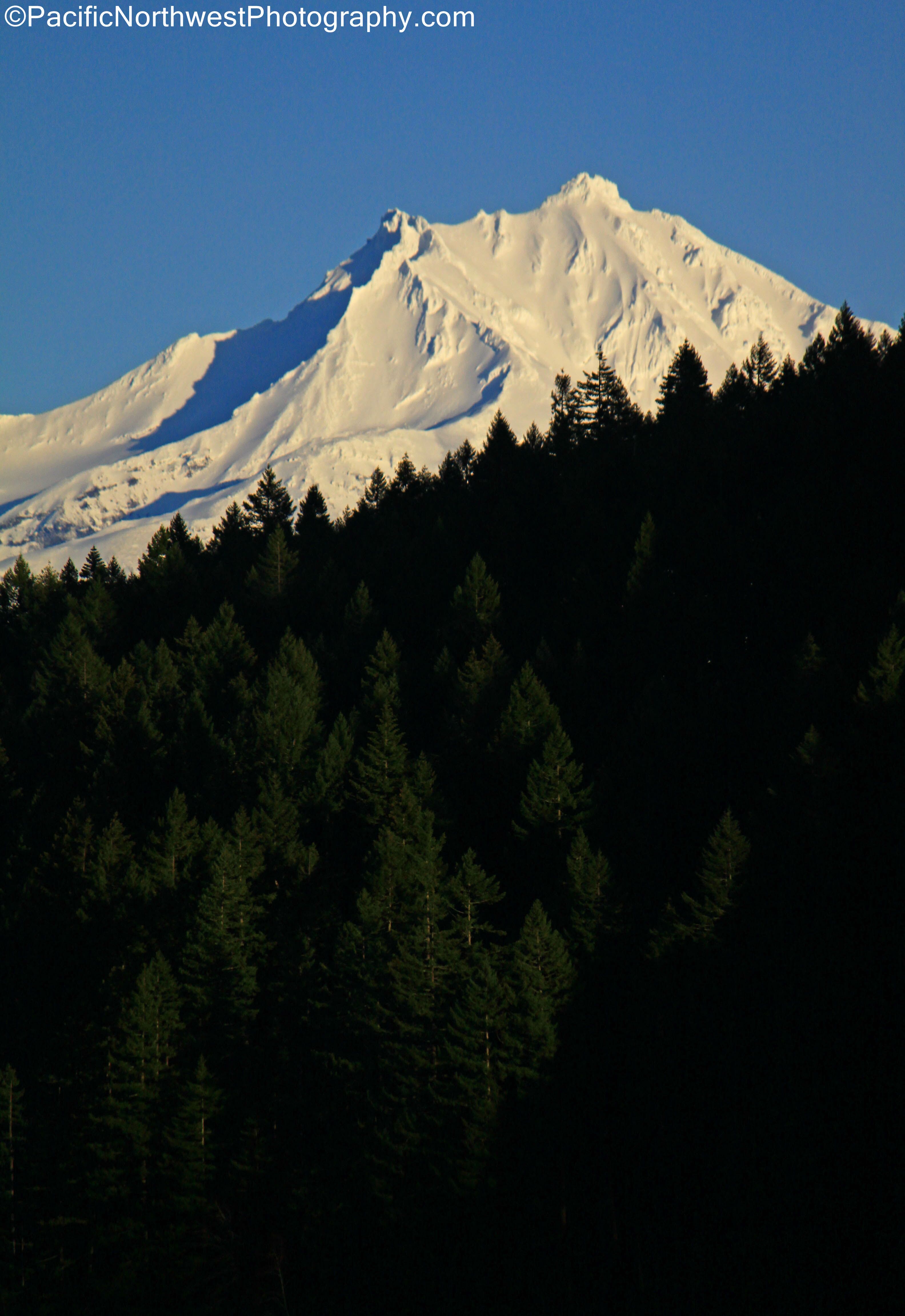 The weather forecast for the Pacific Northwest is calling for several days of sunny and rare warm temperatures but chilly mornings. This creates the perfect opportunity to take advantage of the amazing views of the many snow capped mountains in the Cascades. The previous weather patterns brought heavy rain in the valley but brought abundant snow fall in the higher elevations. All you have to do is just walk, drive or hike to some of the higher elevations, above the valley floor, and you will have some pretty spectacular views. I took this photo of Mt. Jefferson, near Detroit Lake, with the forest in the foreground. Mt. Jefferson looks like a giant ice cream cone atop a green layer of sprinkles. To get this shot, I just made sure to use my tripod since the sun was starting to set and the glare from the mountain posed a problem by causing too much over exposure. I was also concerned about losing some of the sunny spots dotting the forest. I was fortunate to have a cloudless sky, which helped the mountain from being washed out and allowed the sun to cast an interesting glare over parts of the trees. If you plan on traveling around the Cascades in order to take advantage of this rare weather pattern, you want to keep in mind that the sun is setting much earlier and the sun glare can be pretty tricky. Make sure that you are on the west side of the mountains during sunset and on the east side during the early morning. The last thing you want to worry about is too much glare and washing out the snow capped mountains.