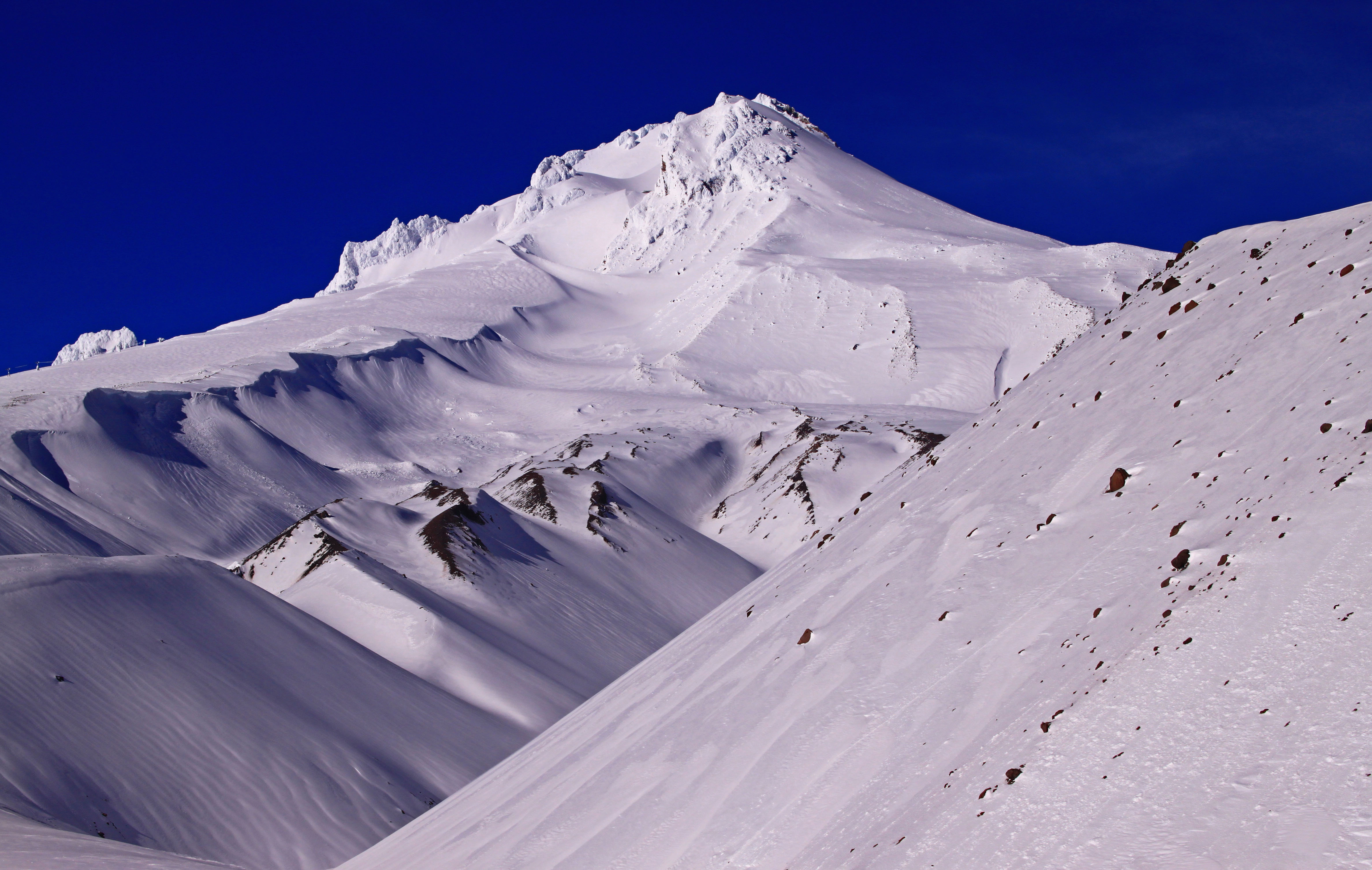 < Just another epic day snowshoeing on Mt. Hood, Oregon! This photo was taken on Friday and I was snowshoeing along the White River. If there is enough snow and if the upper parts of the creeks are snow covered, you can cross over the creeks on a number of snow bridges and then continue up another mile or snow. You can get up to about 8,000 feet, where you can then see Mt. Jefferson and parts of the Three Sisters. As you can see, the skies were blue and Mt. Hood was looking stellar as always. I was a little concerned since there were some really nasty rain clouds in the lower elevations and I thought that they were going to eventually ruin my epic journey up the cairn. I was pleasantly surprised that the weather actually improved as the day moved along. The clouds eventually left most of the Cascades and I was able to view Mt. Jefferson and the Three Sisters without any threats of clouds blocking my view. However, the day earlier, rain and snow blanketed the mountain witch made the snow crunchy in some areas and downright knee deep in others. There were a lot of snow drifts and I ended up in hard and crunchy snow one second and then found myself buried up to my knees the next second. I have never experienced conditions like that but we haven't had a very cookie cutter winter either. I was pretty sure that I would see or hear some avalanches around me since the temperature was hovering around 50 degrees but luckily I never had any problems with loose snow. I could see where some small avalanches had taken place but I never had any problems or close calls. My dog had a pretty rough time getting through the knee deep powder but overall he was able to keep up. He did finally figure out that it's a lot easier to just walk behind my snowshoe tracks but he always seems to want to be either beside me or in front of me.