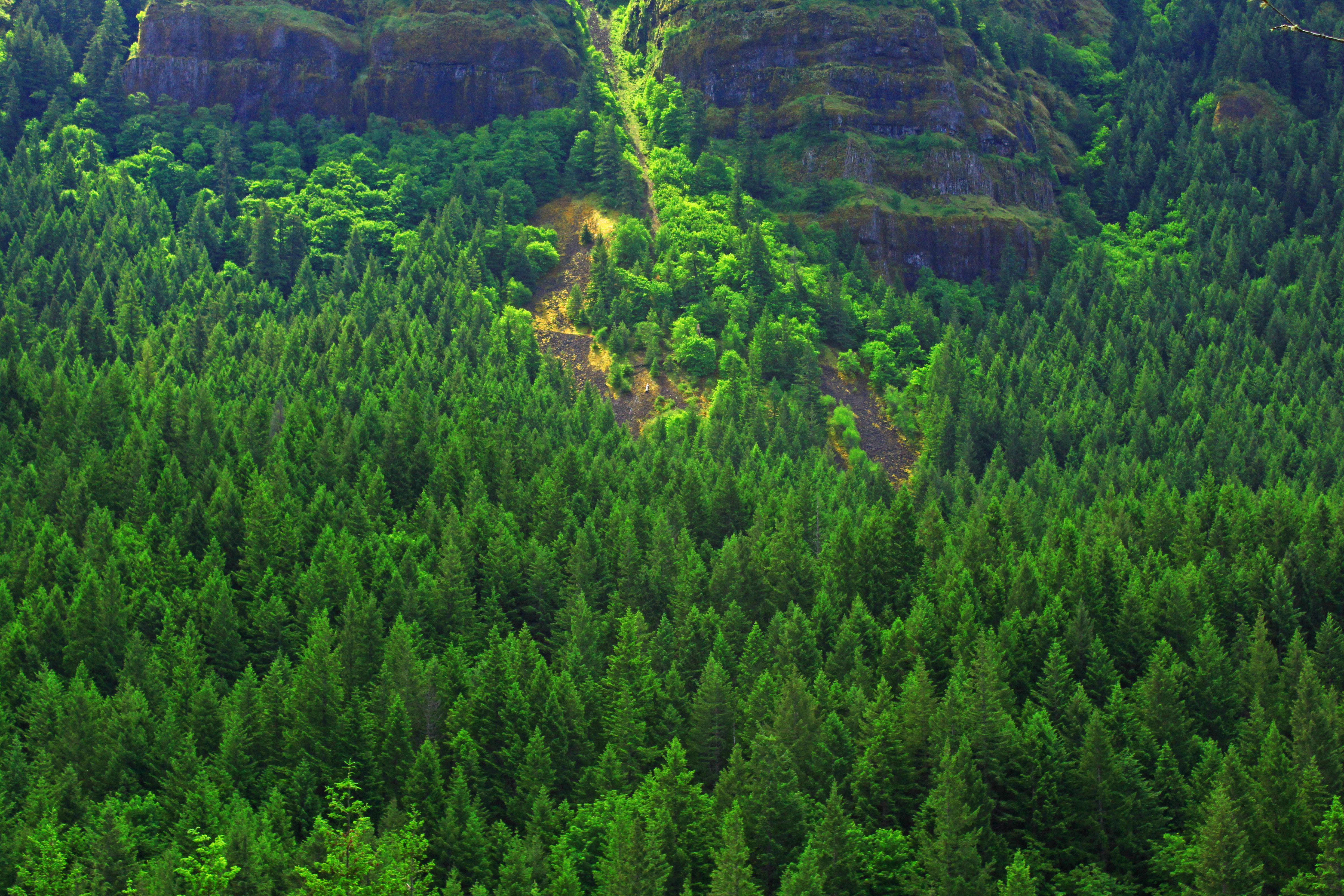 [/caption] Thursday was the perfect day to take advantage of the nicer weather by hiking back in to the Gorge and along the Herman Creek Trail. This trail takes you along one of the most scenic trails in the area. You can hear the rumbling of Herman Creek and witness some of the most spectacular tree lined forests around. I keep expecting to run in to Big Foot whenever I’m on this trail. The entire trail is completely covered by a canopy of bigleaf maples and Douglas Fir’s, which is good if it’s raining. There are several areas that expose you to the awesome views of the canyon below and the forest on the other side. You can hear Osprey and Red Tail Hawk’s flying above you. There is only one smaller, less spectacular waterfall on the trail but the overall beauty makes up for that. However, there are several brooks that cut along the trail as well as several photo op’s to take of the creek. Spring and summer flowers grow along the trail whenever it’s near the canyon cliffs. I also always seem to run in to several snakes during the later part of the afternoon. I took this shot just .8 miles from where I parked. This area is one of the best spots to take of the huge basalt and tree lined cliffs that are on the other side of the creek. Because of the intense neon green vegetation and the numerous trees, I always use a tripod. If you don’t, your pictures will almost always come out blurry. The cameras sensor always seems to get confused by all of the greenery and camera shake doesn’t help either. Since the sun was directly in front of me, I set my exposure to just above 0 and had the ISO set at 200. The F stop was at 6.4 and the shutter speed was at 1/83 second. I was using my warming filter along with my CIR-PL. I was using my 18-55mm lens and had the focal length at 39mm. I had the camera set at auto exposure. I highly recommend this hike if your interested in hiking along a tree lined trail and enjoy witnessing some of the most intense colors the Gorge has to offer. There is also a popular campground near the parking area. However, you can hear the noise coming from I-84 and it’s very loud.