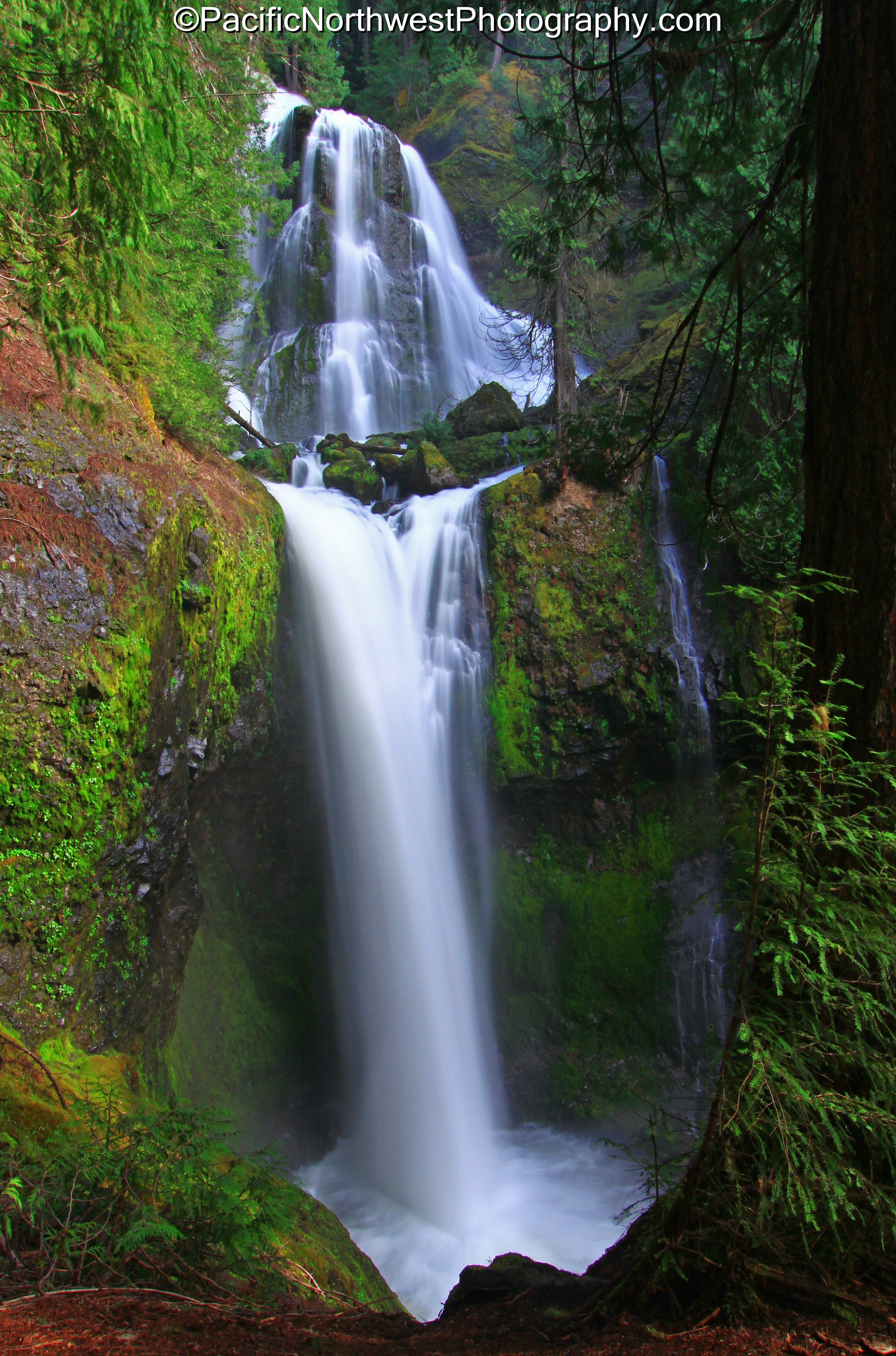 [/caption] One of the most majestic and massive waterfalls that I’ve seen in a long time. It isn’t nearly as tall as Multnomah Falls but this 3-tiered cascade starts with a hidden 50-foot falls, spreads across a 70-foot fan and finally drops 80 feet into a huge rock punchbowl. However, the last part of the waterfall isn’t within view due to the trees and the sheer drop next to the falls. The waterfall is so wide towards the top that you could park a semi from end to end and still not block the falls. The trail starts at about 15 miles north of Carson, WA at a primitive and quiet parking area. The last few miles are on a gravel/dirt road with some potholes. The best part of this hike isn’t just to the waterfall. If you backtrack about 1/2 mile there is another trail that takes you to the top of the falls. This puts you at 2370′ and right on top of the falls. There are several viewing areas at this elevation and the panoramic views are incredible. The forest is also especially beautiful and quiet. If you’re a fan on my business facebook page at PNW Photography LLC, you can see several more pictures from this hike. There is also another great little creek that flows down just before the main falls that a bridge crosses. I’m pretty sure that it’s a natural spring since the upper trail never crosses this same creek and it doesn’t seem like it forks from Falls Creek. This photo was taken at about 4:00 in the afternoon. I returned to the falls for a second time in order to avoid most of the glare from earlier in the morning. To get this shot I used my 12-24mm wide angle lens. I set the focal length at 16mm. I had my warming filter and CIR-PL attached to the lens. I set the ISO at 100 and the F-stop was at 16. I set the Exposure Program to Shutter Priority and set it at .5 seconds. I used my tripod in order to avoid camera shake. Again, a lot of the vegetation still wasn’t out which made for some of my shots to seem like there was some brown vegetation. Many of the wildflowers were starting to come out but I would give it another week or so before the rest of the neon greens break out. I’ll be returning once all of the colors are out.