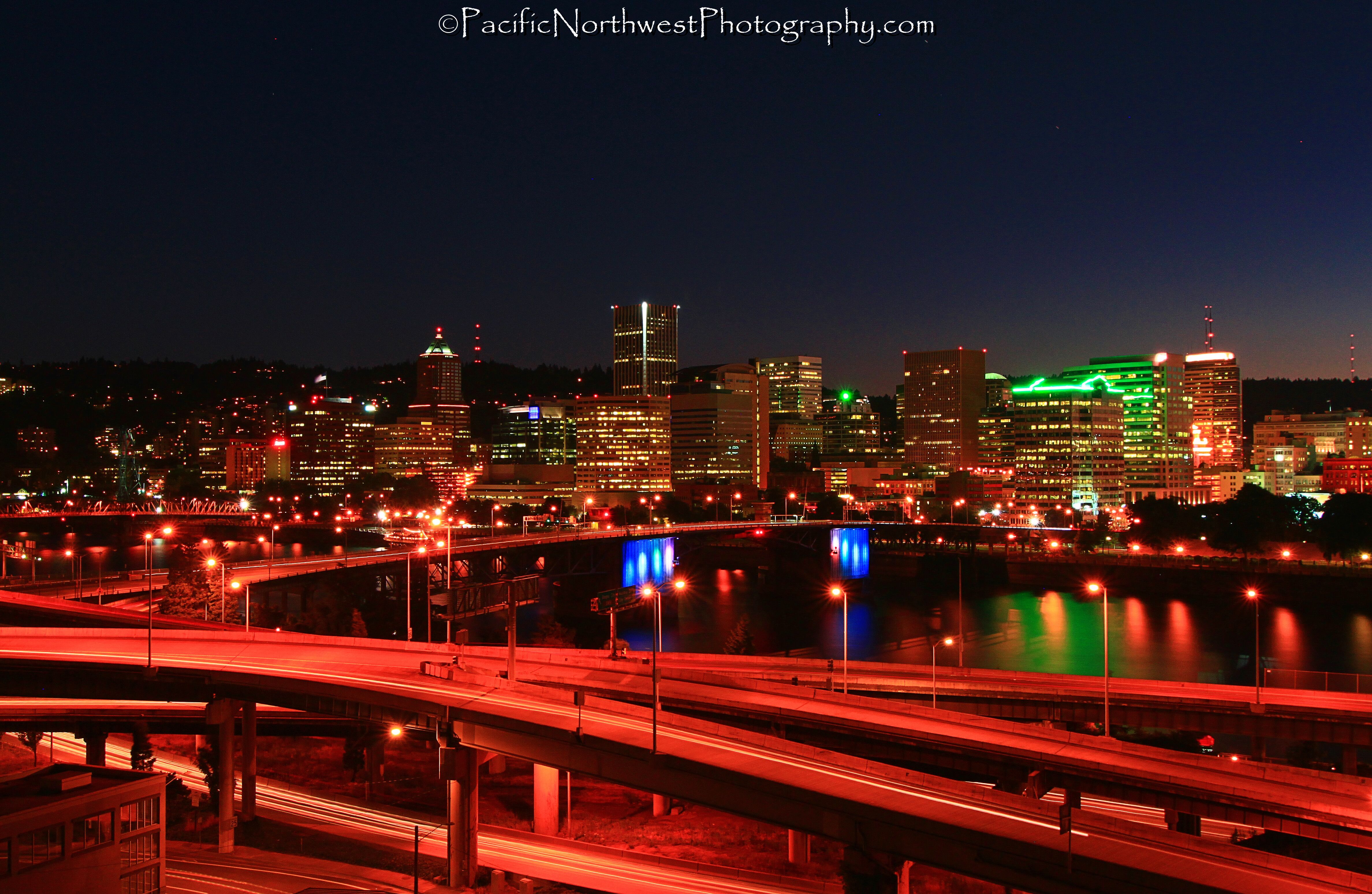 [/caption] Recently I’ve had the opportunity to shoot Portland at night. I’ve been photographing the downtown area for several years but I had never been given the opportunity to take a photo at night looking east and at an elevated position. This spot puts me just over I-5 and just east of the Willamette river. This provides me with one of the best vantage spots in the city. I wanted to set my shutter long enough so I could get the best flash movements of the headlights and tail lights of the traffic moving about the city. The colors of the bridges as well as the many other on ramps and roads really gives this photo a lot of personality. To get this shot I was using my 12-24 wide angle lens. I had the focal length at 24mm in order to get as much in the scene as possible. Since the sun had set over an hour ago, I made sure to remove my warming filter and CIR-PL. I was using the shutter priority and had the shutter set at 30 seconds in order to capture as much of the streamers from the cars as possible. The F stop was at F11 and the ISO was at 400. The Exposure Compensation/White Balance was at -.3.