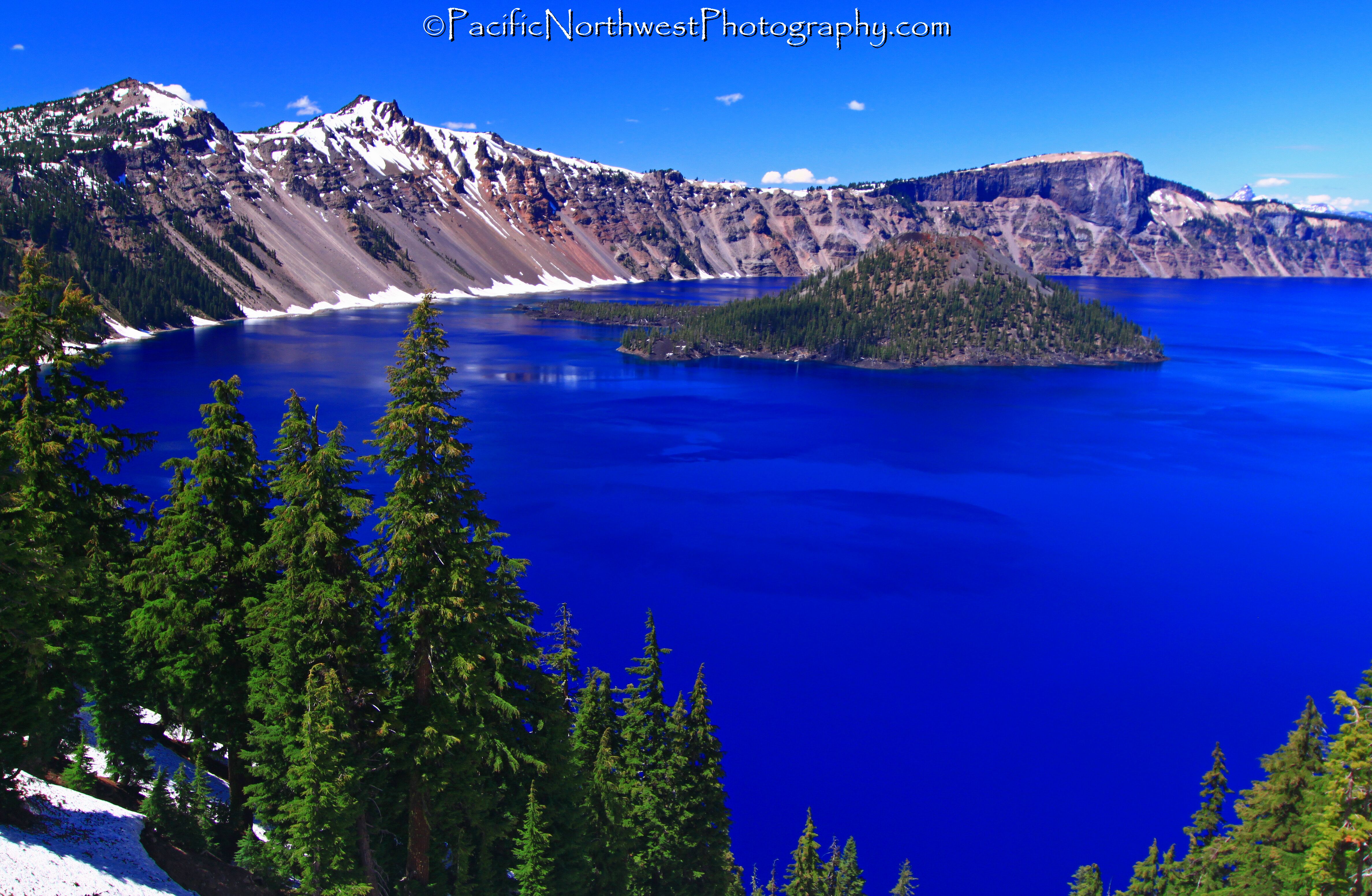 [/caption] Spending only one day at Crater Lake National Park creates a very sad situation since I could spend over a week hiking, photographing and most importantly seeking out all of it’s treasures. I haven’t been to Crater Lake since 1993 but this time was especially awesome. There was plenty of snow surrounding it’s north facing banks and the entire Southern Oregon Cascades had well above 75% of their average. However, this did mean that only half of the Rim drive was open. As soon as I got out of my car at Merriam Point, I was quickly photographing the lake. I couldn’t believe how blue the lake was and how clear the skies were. I could see Mt. Shasta and Mt. McLoughlin to the south and Mt. Thielsen, Baily, Diamond Peak and two of the Sisters in the north. Mt. Scott, which is the tallest mountain in the Park, standing at 8929 ft, had a lot of snow on it’s north side but hardly any on its south side. There were also several other smaller mountains still covered in the snowy white stuff. This truly showed just how much colder and shadier the northern flanks of the Cascades can hold their snow but how soon their south flanks lose their snow pack. Crater Lake had also fallen victim to this vicious cycle since the northern rim, which was facing south was bare but the southern rim, facing north had snow reaching all the way to the lakes edge. The rim drive road was open north from the Cleetwood Trail and eventually ended south at the Crater Lake Lodge. We took the hike down the Cleetwood Trail and I was tempted to go for a swim but eventually I decided that my shorts wouldn’t dry fast enough. Going up to my knees was good enough at the time. We also hiked up towards 8,054 ft Garfield Peak but eventually had to turn back due to the snow on the trail. Maybe it was better that this was only a day trip since most of the trails were closed as well as half the drive around the lake. However, if I had brought my snow-shoes I could have again spent over a week here. I took this shot while hiking on the Garfield Trail. I made sure and lowered my camera enough so I could get the snow in the foreground. This picture truly shows how much snow was on the north side and how much less was on the side facing south. You can clearly see Wizard Island and Llao Rock standing behind it at 8,049 ft. You can just barely see Mt. Thielsen just to the right of Llao Rock. To get this shot I had the exposure at auto and set the ISO to 100. I never had to use my tripod all day since I was there during daylight and there were limited shady areas. However, I did set my white balance to around -1 for most of the day. The F stop was at 6.4 and the shutter speed was at 1/83 second. I was using my ultra wide-angle lens and had the focal length at 21mm. It was impossible for me to get the entire lake in view even when using my 12mm wide-angle lens. This place clearly shows just how limiting any type of lens is when trying to capture the entire lake in its view. Crater Lake NP is a must see for any photographer as well as any hiker or nature lover. I am all three so I won’t wait another 17 years before returning again.

One thought on “Crater Lake National Park, OR”