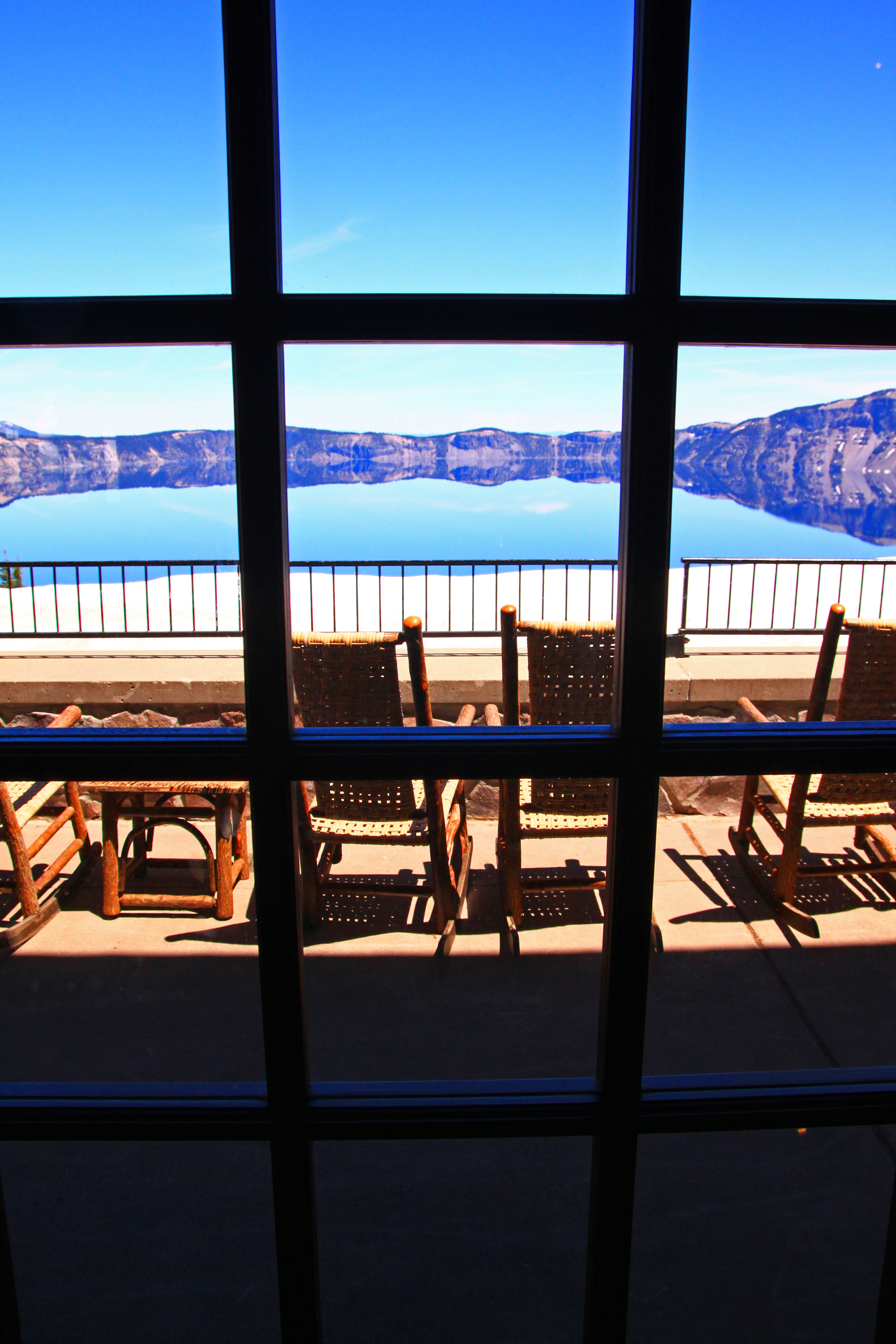 Crater Lake lodge is located at Crater Lake National Park and offers the best views of the lake. Not only is the lodge one of the most spectacular built lodges throughout the entire National Park system but it provides visitors the opportunity to view the entire lake. Most National Park lodges are tucked away and don’t really show the splendor and beauty of the park that made the lodges famous. However, Crater Lake lodge is perched on the best real estate surrounding the lake and is located in the best geographical location throughout the entire park system. There aren’t a lot of lodges that are built upon a caldera that erupted over 7,000 years ago and provide views of the nations deepest lake. The average snow fall at Crater Lake can exceed 533 inches, which made construction of the lodge very challenging. The lodge was constructed in 1915 and throughout the years, several additional building were built just below the lodge in order to provide additional amenities. This photo was taken from within the grand lodge and you can see that the views are spectacular from within the building. There are several rustic but comfortable chairs lining the very large deck that offers visitors the opportunity to lounge and take in the splendor of the views. Half of the rooms face towards the lake and you will be amazed of the views looking across the lake and into some of the mountains that sit just north and east of the park. The lodge is open year round but due to the snow pack, only the south entrance is open and plowed during the winter season. The north entrance normally doesn’t open until July and even parts of the rim road doesn’t open until July. I’ve visited the park during the first week of July and wasn’t able to drive via the north entrance near Diamond Lake. I ended up having to make that additional 50 mile drive but was able to avoid some of the traffic due to the fact that only the south entrance was open. I also brought my snow shoes and ended up being able to snow shoe through gobs of snow and even had the chance to trail blaze in areas that would normally be closed during peak summer. About 99% of the visitors only take the time to glance at the lake so you will have the opportunity to experience some great solitude as well as work on your tan since the sun in this part of the Southern Oregon Cascades is most epic. If you’re planning a visit to Oregon, Crater Lake National Park is a must.