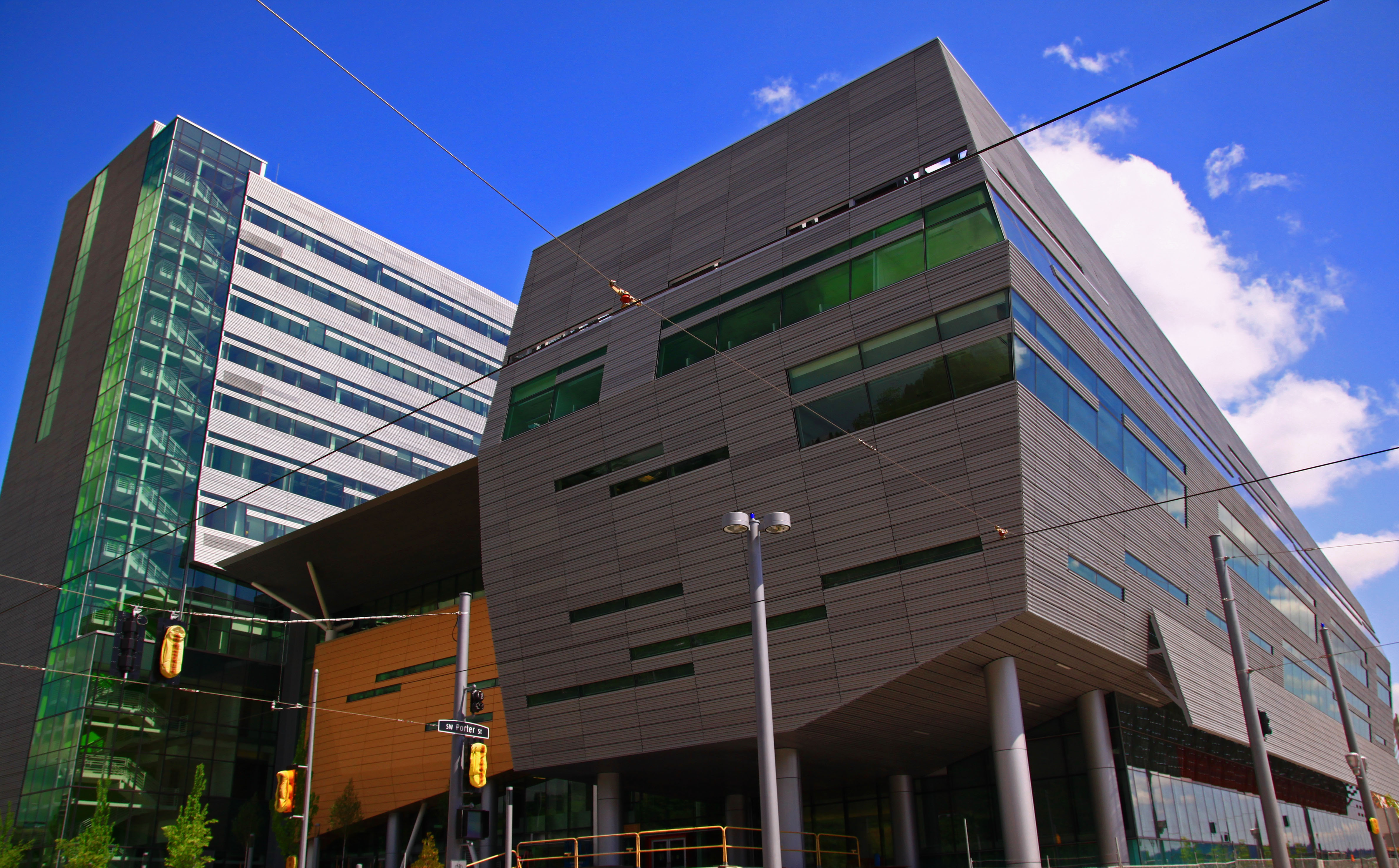 The Collaborative Life Science Building (CLSB) is located on the South Waterfront district and is located in Portland, Oregon. Oregon Health and Science University and the Oregon University System have gotten together to bring a new facility to Portland State students in 2014. It seems like the construction of the building has taken over a decade to construct but considering the sheer size of the building as well as the fact that Portland’s newest bridge is just east of the project and will take pedestrians, buses and light rail directly through the building, it seems like the project has actually gone pretty quickly. The city also constructed an overpass between downtown Portland and smack dab along the South Waterfront and over to the CLSB and then eventually over the new bridge. The CLSB will offer opportunities for students from PSU, OHSU and Oregon State University to study together under one roof as well as trimet operating part of their hub from the building. Buses and light rail will pick up and drop off pedestrians from the building. The CLSB is being built on 19 acres of land that was donated by the Schnitzer family. Undergraduate students will be studying alongside scientists who will be conducting cutting-edge research. There will be over 185,000 square feet of education space as well as a 400 seat lecture hall. Other portions of the building, such as OHSU’s School of Dentistry will also be located in the building. The building will also be LEED certified and offer storm water management, ecoroofs and atrium heat recovery. The building will also offer hundreds of bike storing stations, which will make it more accessible for students and bike commuters. The entire stretch between the South Waterfront and downtown Portland is very pedestrian friendly and there has been a tremendous amount of money spent on constructing lots of pedestrian access throughout the entire area. The new bridge that is being constructed over the Willamette river and is only a few hundred feet from CLSB was recently named Tilikum Crossing and it will be getting plenty of traffic once it’s completed. The entire area surrounding the bridge and the CLSB is just about to explode with new pedestrian lanes, river access and other construction projects.