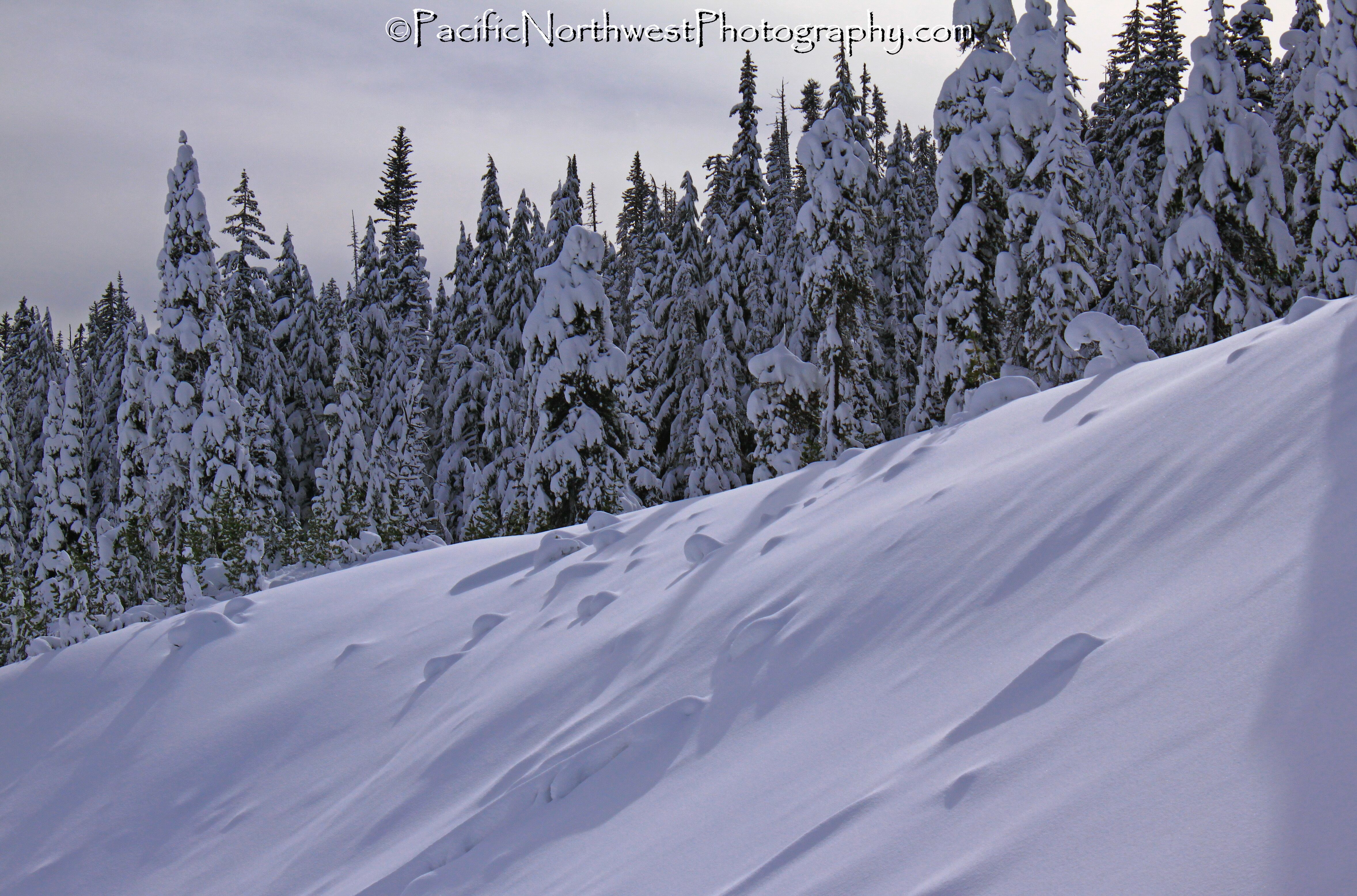 It’s official! Winter has officially avoided the entire state of Oregon! Unfortunately, it’s also possible that the state of California and Washington may be facing the same fate. I never thought that I would be regretting purchasing my annual snow park pass. However, at least I never had my snow tires installed. Nothing worse that driving around on some meaty snow tires inside the urban jungle and getting even worse gas mileage. However, I haven’t totally given up hope. We’ve had some pretty late storm surges during the months of March in the past decade or so and maybe we are heading towards it again. If not, we are doomed to face the fate of Southern California and maybe even worse. I still have faith that the great state that is known for it’s heavy rain totals and mucky reputation will once again bask us in the glory of some heavy snow with scary rainy weather along the valley’s below. I do though, will never take up snow dancing again since I’ve worn out my snow dancing shoes and must now just put my faith in mother nature to remember how beautiful the Cascade mountains looks after an abundance of snow has draped it’s peaks.

[/caption] Finding the perfect cloud system to photograph is almost like finding the perfect sunset shot. One of my favorite things to do is to try and photograph the perfect cloud system but unfortunately it’s also one of the most difficult things to do. This may seem strange, since you pretty much have most of the day to locate and photograph the sky, but finding the perfect opportunity can seem very daunting. I’ve always found that if you wait for the sun to duck behind some clouds you can get a great shot but you always need to be aware of your camera settings and the type of clouds you want to photograph. It’s also important to use a tripod and be sure to include a CIR-PL on your lens. You may even want to hook up your remote switch and be sure to also attach your bubble level since you want to ensure that it doesn’t end up crooked. I have been able to get some pretty good shots when the sun is in a different location or even sometimes completely shrouded behind the clouds but I find that having a little blue sky and the sun directly behind the clouds offers the most personality. There are thousands of great photos on the internet involving clouds but most photographers only use them to bring out the contrast in their main subject. However, only using clouds in the entire photograph can really give you the opportunity to enjoy the beauty of a cloudy sky.

[/caption] One of the best views of downtown Portland is from Mt. Tabor Park. However, you will have a difficult time capturing the entire city in just one frame due to the fact that the city spans a pretty long distance from north to south. The photo includes the northern part of the city with only a few of the high rises showing and most of the old part of the city in the scene. The West Hills are in the background and the brewery blocks starts just to the right of the tall pink building.

[/caption] This may be the last photo showing a sunny and cloudless day along the Columbia River Gorge until next Spring! This photo was taken at the Women’s Forum, which is just above the Vista House and on the Oregon side of the Columbia river. The foothills of the Cascade mountains were dusted with snow and just a few days after I took this shot, the foothills got hammered with lots of snow. There are only a few more days left to view the fall foliage, along the Gorge before the leaves are completely gone, so now is the time to enjoy them.

[/caption] Wildflowers with Mt. Hood in the distance. Late August is the best time to witness the millions of wildflowers growing along the western side of the Cascades. From Mt. Baker, Washington to Mt. Shasta, California, you can smell the wildflowers while you view a snow capped volcano. You may even see some of the dozens of wildlife that live among the wilderness as well as photograph the hundreds of waterfalls and creeks that swell beneath the alpine glaciers.

[/caption] The highway of an Alpine Glacier… Nothing but gridlock and congestion! This photo was taken on Mt. Rainier.

[/caption] Wildflowers are in abundance at Mt. Rainier NP and you will find yourself immersed in them no matter where you are within the Park. The snow level is still very high but the wildflowers are literally growing everywhere there is bare soil. I think I lost count at 1 billion and was still counting when I lost count. This photo was taken at Reflection lake with Mt. Rainier in the background and the many arrays of wildflowers in the foreground. I was concerned about the field of view when I was taking photos at the lake, especially since I had the camera mounted on my tripod only a foot from the ground with the wildflowers only about 18 inches from the camera. I made sure to open the lens at its max of 17mm and set the camera mode to program/normal and changed the AF point selection to Automatic Selection hoping that it would ensure that the mountain, trees and wildflowers would be in focus. I had to take a lot of photos but this one turned out pretty good. I did use the sharpening tool in Adobe Photoshop to help with any imperfections. I was using my Sigma 17-70mm lens and attached my CIR-PL and warming filter and set the ISO at 100 and the white balance at -2 due to the glare. This photo was taken at about 7:10pm and the sun was in the left at about a 90 degree angle. The aperture was automatically set at F-5 and the shutter speed was at 1/100 second. Now is the time to visit the park since there is more snow at the park than most states have in December and the wildflowers truly are amazing. The snow is also abundant in the Tatoosh mountain range as well as even further south. You may want to bring some ski poles and traction for your shoes if you plan on being adventurous in the snow.

[/caption] Sunsets along the Northern Oregon coast can surprise even the most seasoned photographer or local residents. The most important thing is to have the clouds on the horizon to allow the sun to set below the Pacific Ocean without being obscured from any oncoming cloud formations. After that, you have no idea what the sunset might look like. On this particular sunset, the sun was partially obscured by the approaching clouds and some light fog had moved in and around the rocks. This caused the rocks to appear as though they were almost floating in mid air. The clouds high above looked like pop corn being strewn along the sky. This was one of the most entertaining sunsets that I had ever witnessed and I was caught off guard, which caused me to almost panic and just start taking photos without having any real plan. The tide was also pretty high, so I wasn’t able to get too close to the rocks and tide pools. This meant that I had to stand pretty far back but at least I was able to this this type of shot with the reflection of the rocks and the varying colors of the sky and beach. I was using my Canon T1i and attached my Tokina 12-24 wide angle lens. I also attached my warming filter and CIR-PL in order to keep the shutter priority open. I made sure to use my tripod, bubble level and remote switch in order to avoid any camera shake or blur. Since I put the camera mode at shutter priority, the aperture was set at F-22 and I set the speed at 13 seconds. The focal length was at 15mm in order to get the most panoramic photo as possible without having too much empty space past the rocks on either side. The ISO was set at 100 and the white balance at -2 due to the glare from the water. This photo was taken on 9/3/10 and it was about 7:30pm. The sun had set around 6:30pm so the color contrast was almost perfect but unfortunately the fog hovering around the rocks made it challenging to get the best shots. It also helped that I didn’t have any problems with other photographers or beach combers walking in front of me. In fact, I can’t really remember why I was able to get so many of these far away panoramic shots without having an issue with people getting in the way.

[/caption] You can drive from Portland to Astoria and spend the day without having to get a hotel but there are so many things to do that you might want to stay for at least one night. In fact, you can get some great sunset views if the weather is nice. If you’re planning only a day trip I would leave early and stay for the sunset. You will just need to drink plenty of coffee for you drive back to Portland. Astoria is considered the little brother of San Francisco, CA and looks very similar but only in a much much smaller scale. It’s a great city to visit and probably offers the most to do compared to any of Oregon’s other coastal towns. The park that surrounds the Astoria-Megler bridge offers several photo opportunities and the walking/biking pathway in the city travels the entire length of the town and parallels the Columbia river. In this photo you can see the hotel in the bottom left, which used to be one of the old canneries from days past. There are several old buildings along the banks of the Columbia river that offer great photo opportunities.

[/caption] I gripped the wheel as I thundered through the highway cutting through Silver Falls State Park! A group of deer stand helpless in the middle of the road as I plunge closer and surely may cause their demise! I then ratchet the steering wheel and listen for the AWD steering to glide me around the creatures like they were cones set up on a race track. Before they even knew what had happened I had already disappeared through the foggy mist surrounding the forested road.