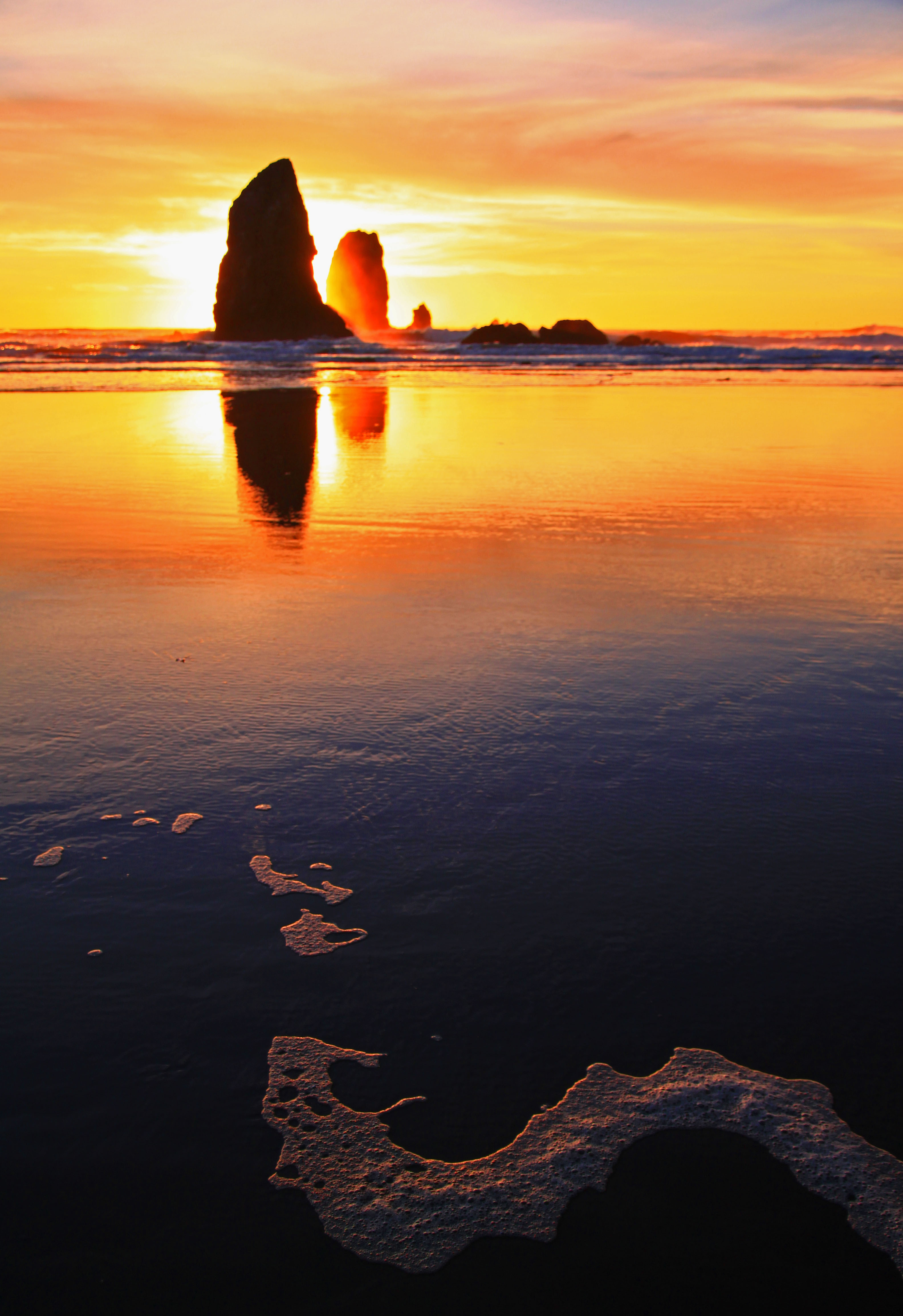 It looks like the Pacific Northwest is at it again with it’s ridiculous sunsets and over bearing sunlit rocks and beaches. The only thing that would have made last week even more over the top is if there were a pod of whales breaching in the surf. Sometimes I can get a little overwhelmed with the incredible sunsets at Cannon Beach and last week was no exception. You couldn’t have taken a bad photo even if you had tried. The clouds helped create another nuclear like explosion with the sand and rocks creating one of the most epic canvases. I decided to post this photo in order to show the personality of the swirling sea foam in the foreground. I normally avoid getting these types of shots but the sea foam was really dancing along the beaches this night. It literally looks like a snake slithering back towards the surf. The glare from the sun really caused an epic color display with each part of the photo showing a different color. I initially thought that the clouds in the distance were going to ruin my sunset shots but I was amazed at just how many colors they produced. Early spring can really be unpredictable but it can also produce some amazing photo opportunities. It’s hard to imagine but the sun was directly behind the largest of the Needles rock and I ended up using it as a buffer most of the night. It pretty much allowed me to take photos that are normally filled with too much glare. In fact, I usually have to wait until later but since the sun wasn’t as intense and the clouds were subduing the sun, I was able to get some really unique photo opportunities. It also helped to have a flawless sandy beach with a very low tide. If you’re wanting too get some really awesome sunset shots, I would highly recommend that you allow a few days to visit the Oregon coast in order to take advantage of the amazing weather that you could be enjoying. Again, you just want to make sure and bring your tripod, bubble level and remote switch. It’s also pretty cold during sunset so you may want to bring a warm hat and maybe even a thin pair of gloves. I was really surprised at how cold it got and how quickly the temperatures cooled off once the sun set.