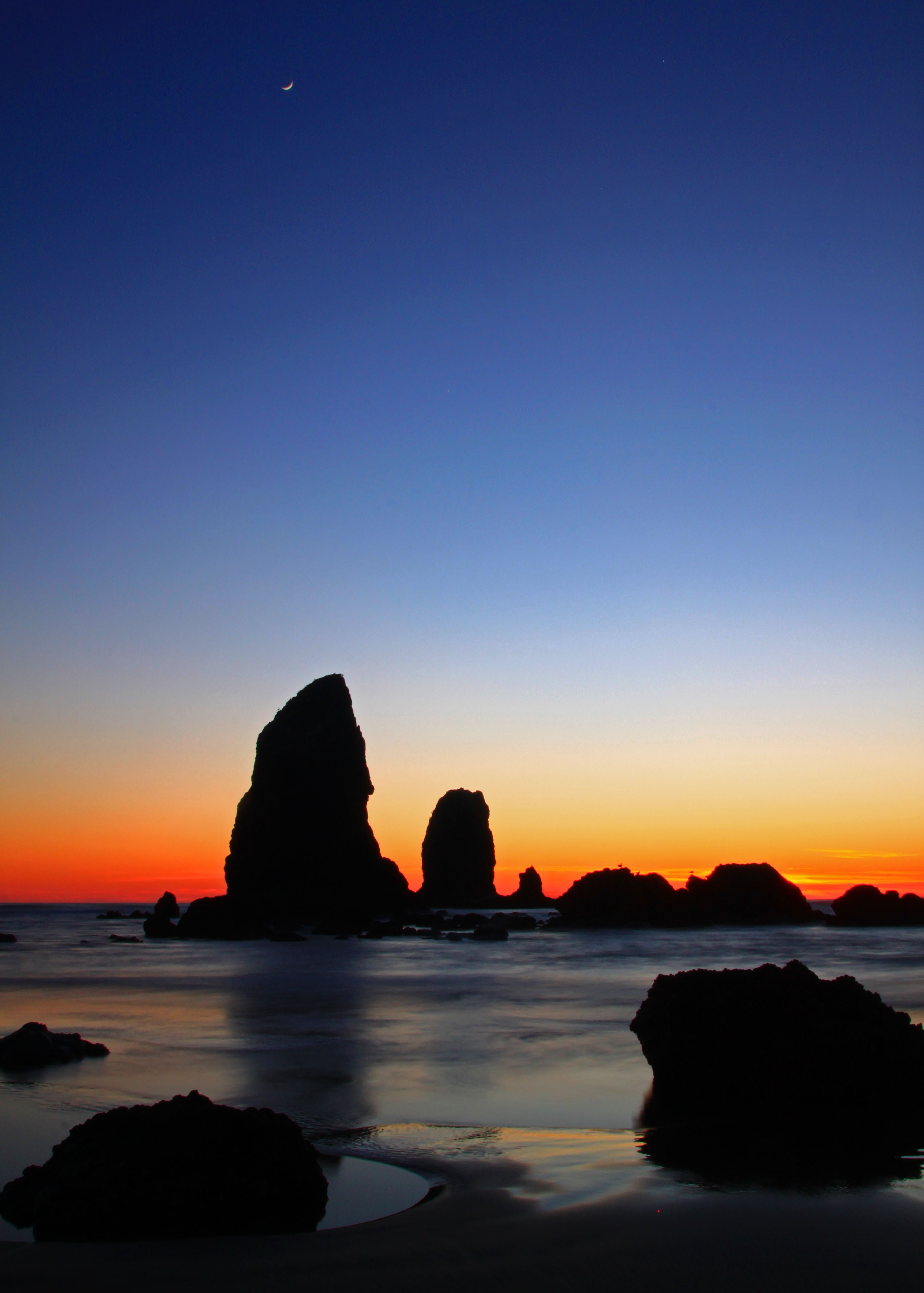 Moon over Cannon Beach, Oregon is one of the best photo opportunities that I can experience while shooting sunset shots in the Pacific Northwest. However, I haven’t had the pleasure of seeing a large moon but even if it’s as small as the one in this photo, I’ll take it any day. The weather is showing that the summer weather throughout the entire Pacific Northwest will hang around for another week or so and the Oregon coast will again be in the 60’s. I would recommend that you grab your camera, tripod and head out to the coast and hope for another epic sunset. I will be heading out again and I can only hope that my last journey to the coast can be half as good this time. This photo was taken just after sunset and you can see the nuclear colors along the horizon. The tide was very low so I was able to get several other rocks in the photo that normally would be under water. The seabirds were pretty active since that tide was so low and they were scavenging along the exposed rocks, which either hindered my long exposures or gave me the opportunity to get some action shots with moving wildlife. Late winter and early Spring can really create some great sunset shots and my last outing didn’t disappoint. To get this shot I made sure to attach my ND4 filter as well as my UV filter and warming filter. I also made sure to use a tripod, bubble level and remote switch. I set the shutter priority to 5 seconds and increased the ISO to 200. The crowds were pretty small so I was able to move around much easier than other times. I was also fortunate that there weren’t many people walking out near the tide so I didn’t have to worry too much about trying to avoid having someone walk in front of me.