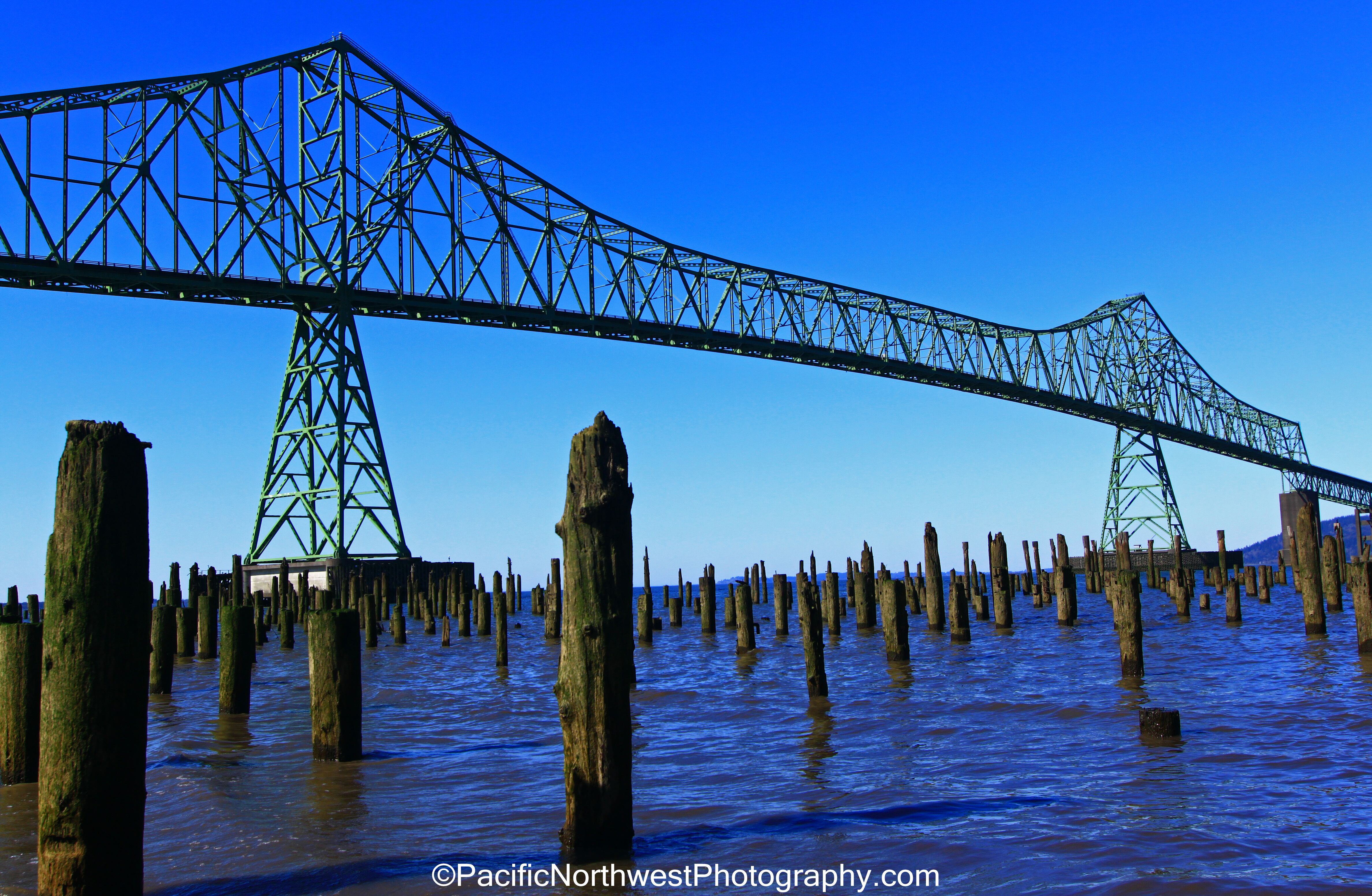 [/caption] I went to Astoria on Saturday and stayed until Sunday. This was one of my most awesome photography weekends EVER. Saturday didn’t have a cloud in the sky. The sky was a deep blue, there was no wind and the temperature was perfect. Sunday was overcast but it made for awesome stormy pictures while photographing near the Astoria-Megler bridge. The best thing is that it never rained and the temperature wasn’t too bad. I can honestly say that from the 1500 photos that I took, I saved over half of them. That’s how good the day went. I would recommend visiting Astoria if you haven’t already. There is plenty to do. I was able to get some of my best panoramic photos from the top of the Astoria Column. This is a 125 foot tower that was built in 1926 and has a 164 spiraling staircase to the top. The city of Portland needs something like this. The column was in great shape and the park was immaculate. You can see Mt. Rainier and Mt. St. Helen’s looking east. You can really zoom in to the ships, bridge and town if you have a descent telephoto lens. Since Astoria is the oldest settlement west of the Rockies, there are plenty of old houses, buildings, piers, old pilings and other attractions that make for a photographers dream. I never had the time to tour any of the several museums or old military bunkers. I think I counted 12 visitor sites in my book. However, I did make time to photograph the Goonies house and the elementary school where kindergarten cop was filmed. Since Astoria sits right on the Columbia, you can watch several tankers and barges steam under the bridge and see them anchored in the channel. Again, I could have taken over 2500 photos just of the ships along the river. There are also two great lighthouses to visit in Washington…Cape Disappointment and North Head lighthouse. However, I was surely disappointed in the conditions of each of these lighthouses. Maybe I’m just used to the Oregon lighthouses, which are in much better shape. I was short on time, so I wasn’t able to hike many of the trails that intersect both of the lighthouses so I plan on going back when I have more time. In fact, I was so rushed to find a good sunset spot that I eventually settled on an unfinished viewpoint area just north of the North Head lighthouse. To get to the lighthouses it’s a relatively short drive from Astoria. You just take the Astoria-Megler bridge north and then it’s about 15 miles. We spotted a bald eagle on our drive. We also passed Fort Columbia and several spots that would make for great sunset shots. Since I have so many photos that I think people would enjoy, I will be posting some more on my blog asap.