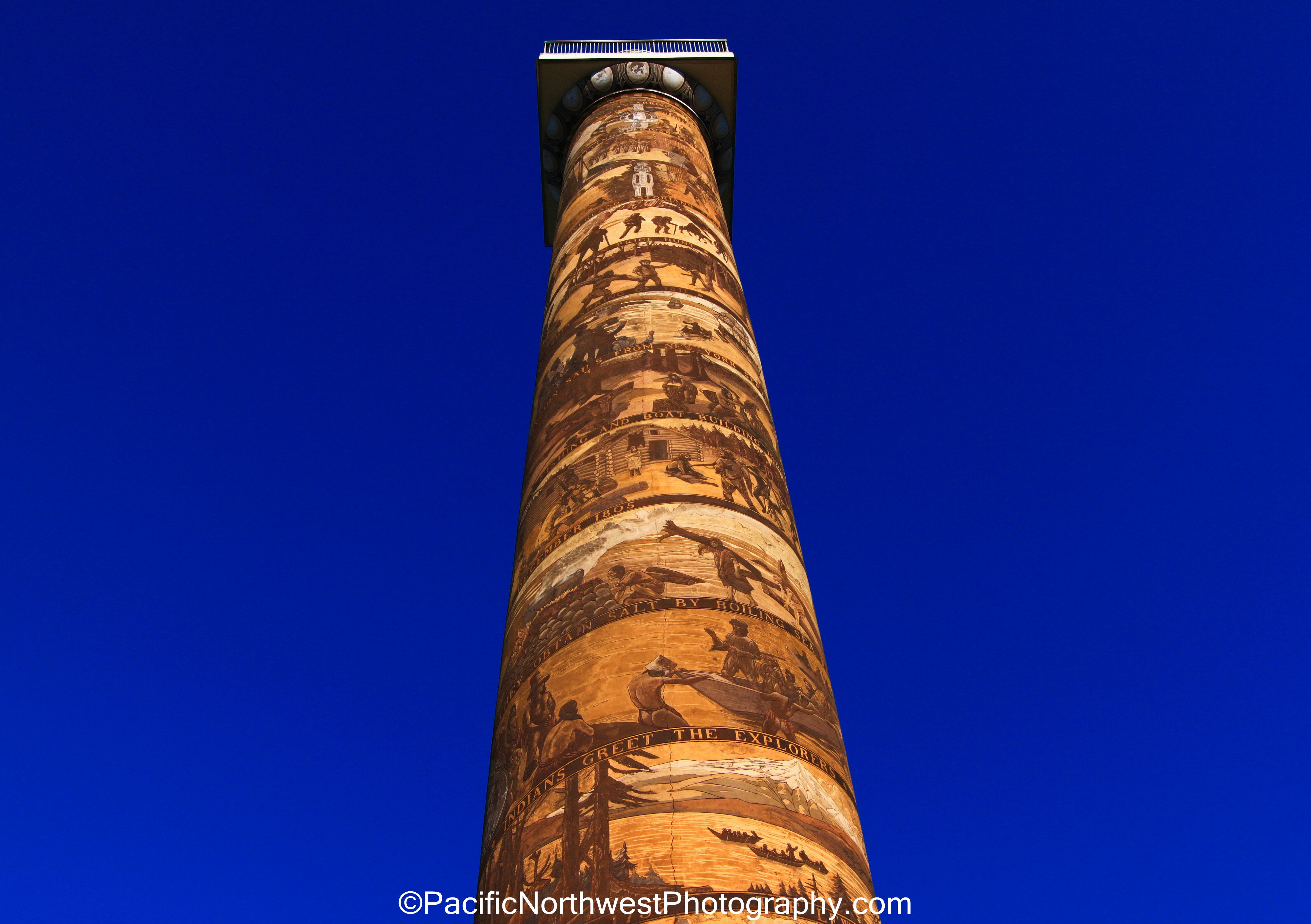 [/caption] Blue sky and the Astoria Column. This photo was taken last Saturday. The sky was so blue that I had to include this photo on my blog. I have never seen the sky look so blue. You would never believe that this was taken in early March. I used my wide angle lens to capture the awesomeness of the column and I cropped the photo to remove some of the blue sky. This way I could include more of the column in the shot. As you can see, there wasn’t a cloud in the sky the entire day. However, it was windy and a little chilly at the top of the column.