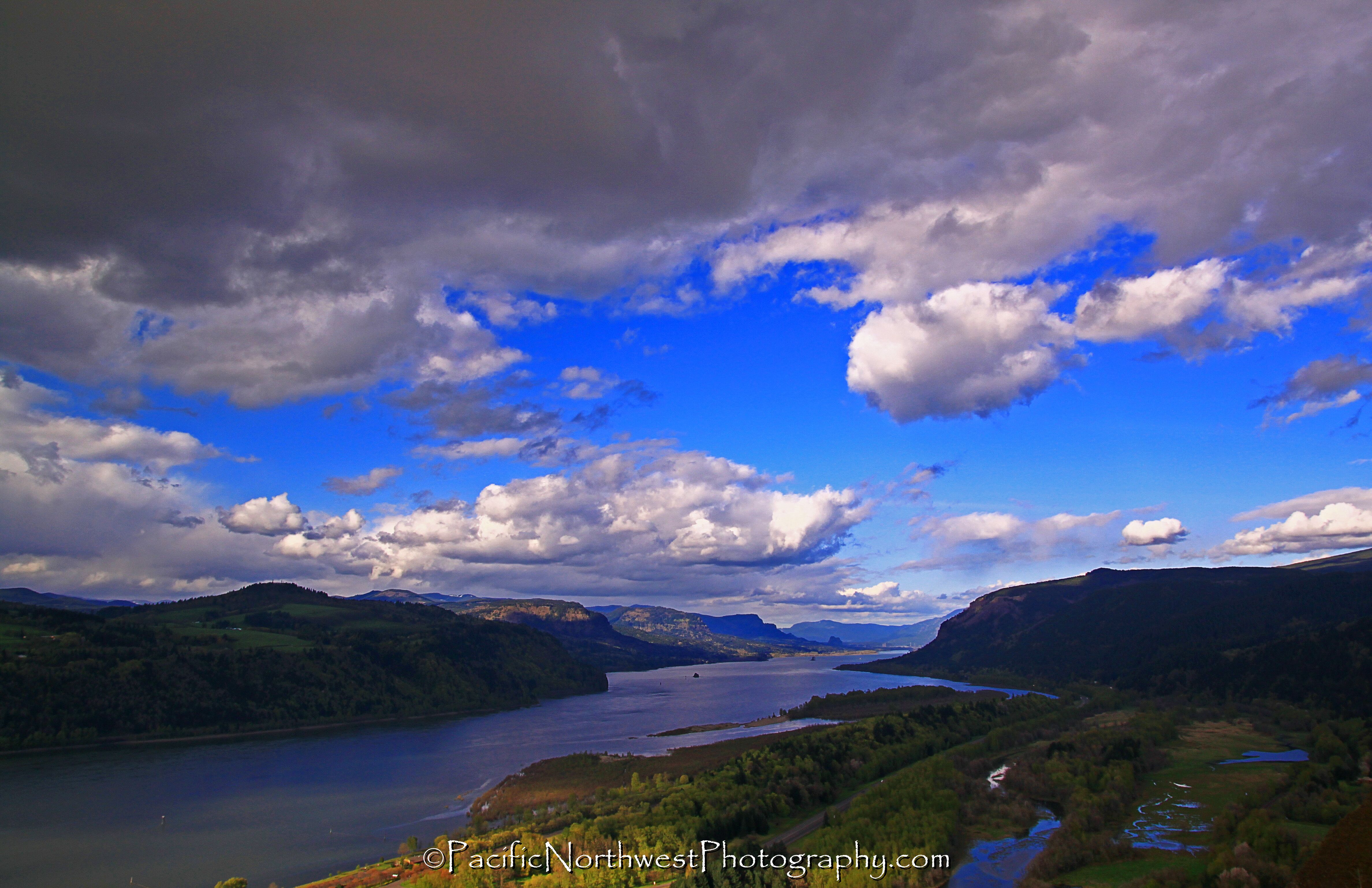 The weather in the Pacific Northwest has finally changed. This means that the weather is getting colder, wetter, stormier and very unpredictable. We can finally start to anticipate the changing colors of the leaves and the stormy clouds to appear. This will ultimately bring a lot of water to the waterfalls and snow to the higher elevations. Now is the perfect time to break out your camera and head to the Columbia River Gorge if you would like to take advantage of all the above. The waterfalls are amazing just as the rain arrives and the struggling foliage will come alive with the leaves falling from their high perch. You can also expect to witness some of the most amazing cloud formations as they move through the gorge like a freight train. I would recommend that you bring all of your rain gear as well as your best lens as well as your tripod, bubble level and remote switch. You may also want to choose the best trail since you will find yourself spending hours taking photos along the waterfalls. Sometimes I will just make a long road trip by starting out in Portland and driving to Hood River and stopping along the way. On my return trip, I will either back track or drive across the bridge of the gods, in Washington State and take some photos from the north side of the river. Either way, you can expect to get some pretty epic photos if you go on a day that is perfect for panoramic shots. 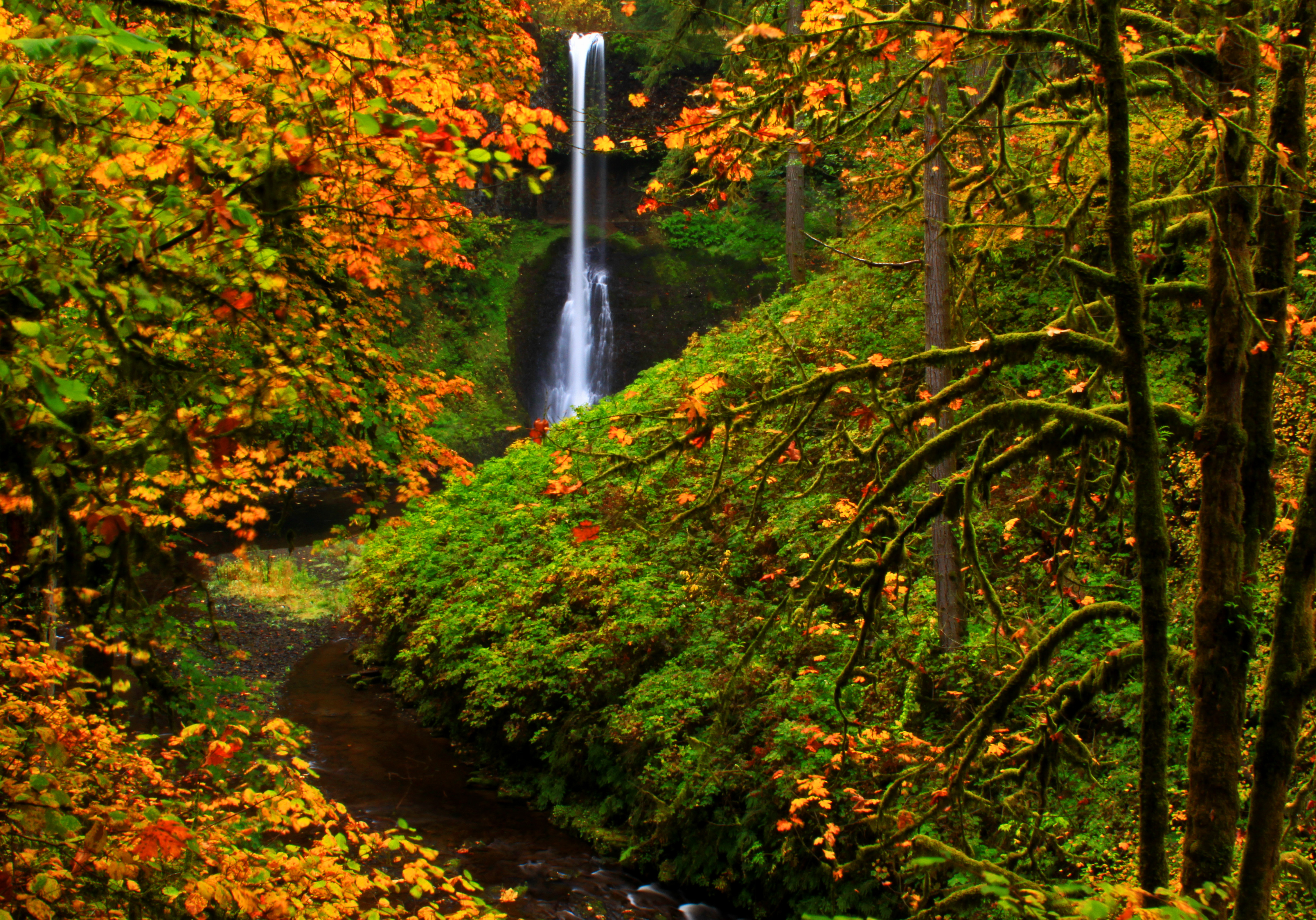 Cool shot at Silver Falls State Park, Oregon! Silver Falls State Park is a great place to get some really epic fall shots and it’s just an added bonus that there are 13 waterfalls that you can easily add into your photos. Since the area was carved out from a basalt outcropping, there are hundreds of carved out chasm’s that have several smaller waterfalls and whirl pools that collect leaves as they cling to the edges or get trapped in the swirling pools of water. The best time to visit, during the time the leaves are changing, are during the mid to end of October and towards the middle of November. However, you will want to keep an eye out for any changes of the weather since October can be very dry and unseasonable warm. This will cause the season to start later in the month and once the rains do arrive, your window of opportunity can be very small. The best thing to do is just pay attention to the weather and check the Silver Falls page in order to get any updates on the fall colors. The hikes around the park are amazing but you will want to be sure to bring your tripod, nd filters, remote switch and bubble level. I would also recommend that you bring plenty of food and water since you will find yourself hiking and snapping photos all day and before you know it you will be tired, hungry and very thirsty. If the weather is calling for rain, I would recommend that you bring rain gear since the rain can come without warning. I usually just pack a light rain jacket and extra socks in case I end up getting too close to the water or my shoes get too wet or muddy. 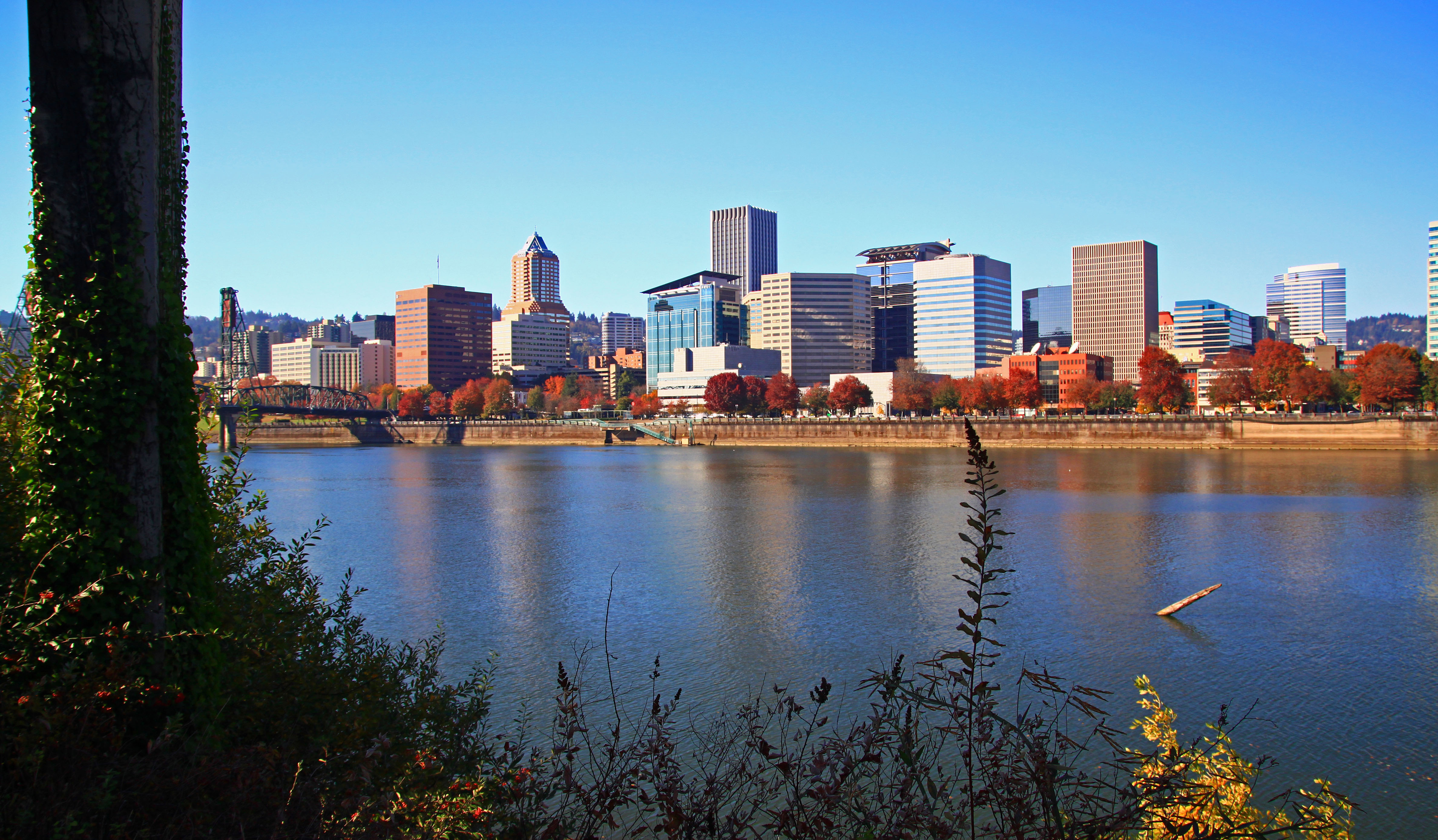